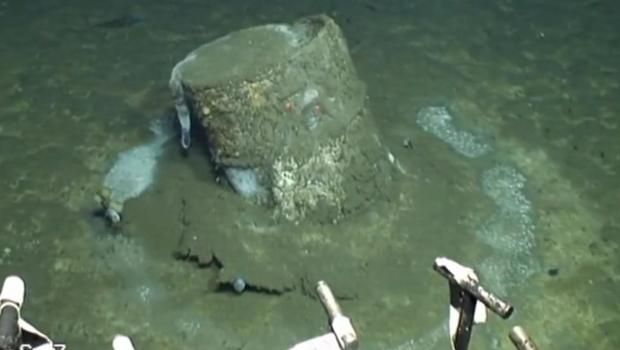 Yikes. Researcher David Valentine discovered the environmental disaster after working with some rumors and a hunch. Valentine went 3,000 feet below the ocean’s surface (with his underwater camera) and immediately found dozens of decaying barrels of toxic waste in what is otherwise a barren, desert-like sea floor. Valentine estimates that the total barrels on the seafloor is around half a million:

After 70-plus years of inaction, Valentine's research has finally helped initiate a huge research effort to reveal the extent of the contamination.

But this offshore dump site is only a part of the story of environmental damage from years of DDT discharge along the coast of Southern California — a story which likely won't be closed for decades to come because of its ongoing impact, including a recently discovered alarming and unprecedented rate of cancer in the state's sea lion population, with 1 in every 4 adult sea lions plagued with the disease.

To learn more about the story, check the full piece here.