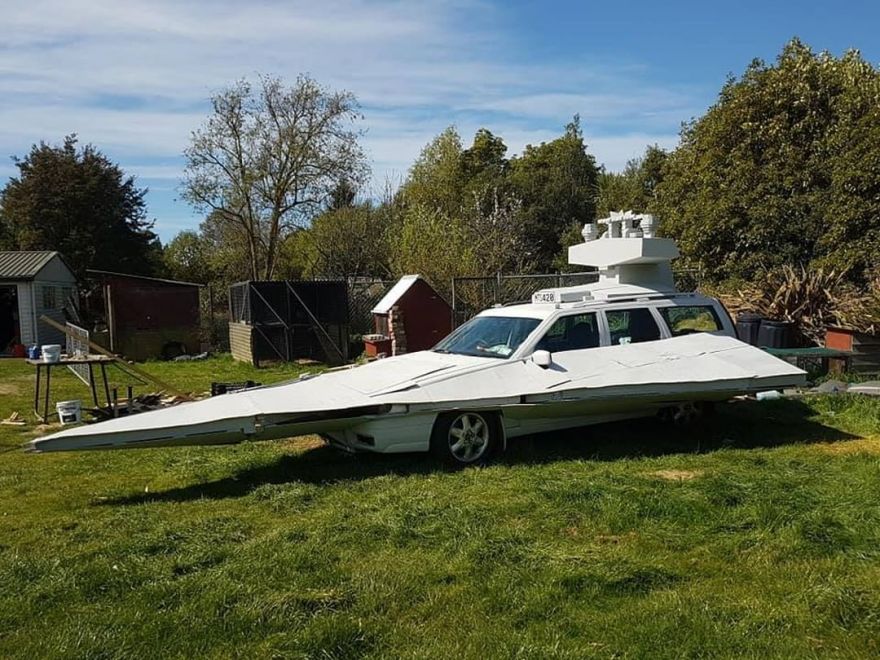 Technabob introduces us to the Concours d'Lemons, which is a series of car shows featuring the ugliest and most ridiculous car mods. Its Instagram page is filled with creative delights such as this Volvo station wagon converted into a Super Star Destroyer. It represents a greater emphasis on crew safety by the Galactic Empire.

The shipbuilders in the UK sold it last year, warning potential buyers that many features were not yet fully functional:

The ship sustained a direct hit from a X Wing to one of the Shield domes and some hits to the general body from an asteroid field.