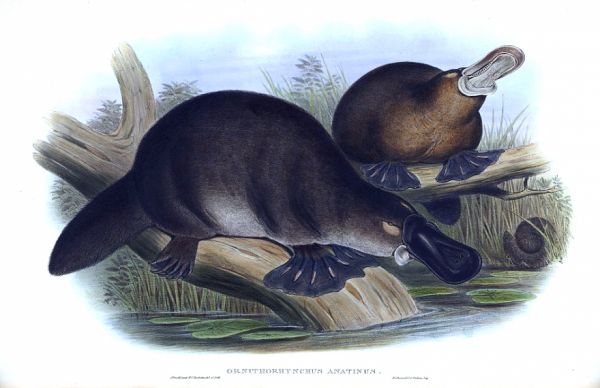 Platypuses are the weirdest animals in the weirdest class of mammals known as monotremes. They lay eggs, feed their young with milk, have venomous spurs, and glow in the dark. They have duck bills, webbed feet, and fur. But when you look at them at a molecular level, they are even weirder. Scientists have recently managed to sequence a male platypus’s DNA, and found some surprising things.

The authors were particularly interested in the animal's sex chromosomes, which appear to have originated independently from other therian mammals, all of which contain a simple XY pair.

The platypus, however, is the only known animal with 10 sex chromosomes (echidnas have nine). Platypus have 5X and 5Y chromosomes organised in a ring that appears to have broken apart into pieces over the course of mammalian evolution.

Comparing this chromosome information to humans, opossums, Tasmanian devils, chickens, and lizard genomes, the authors found the platypus's sex chromosomes have more in common with birds like chickens than mammals such as humans.

Read how the platypus genome resembles an interspecies chimera of sorts at ScienceAlert. -via Damn Interesting