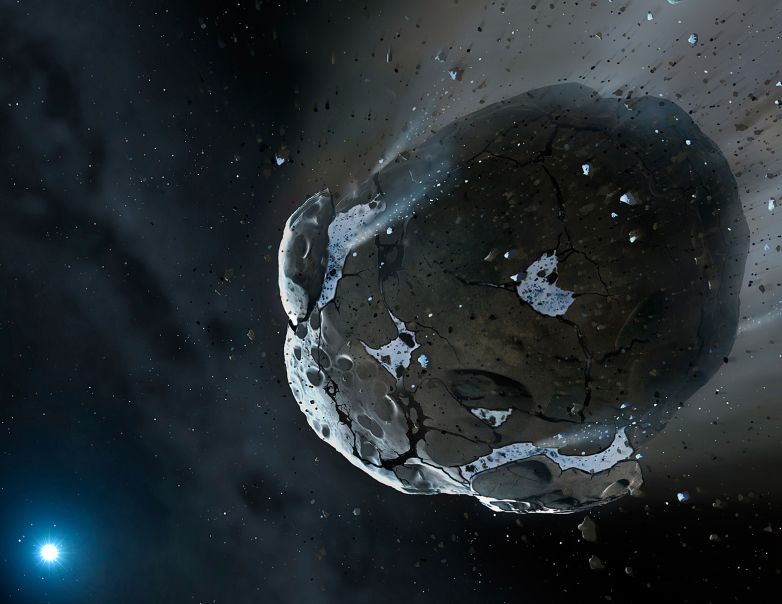 If you live through a meteorite landing near your home, you’re most likely going to be rich. At least, that’s what happened to 33-year-old Josua Hutagalung. The Indonesian coffin maker was working on a coffin at his home when a meteorite slammed through the edge of his roof. Talk about dodging death! Not only did he survive, he now has a lot of money:

According to reports, the rock is believed to be roughly 4.5 billion years old. It’s been nicknamed “Hammerstone” and a tiny piece of the larger rock sold for an absolutely huge sum of money. Based on the price-per-gram, the main rock is estimated to be worth around a $1.8 million USD.

“I was working on a coffin near the street in front of my house when I heard a booming sound that made my house shake. It was as if a tree had fallen on us,” Hutagalung reportedly said. “It was too hot to pick up so my wife dug it out with a hoe and we took it inside.”