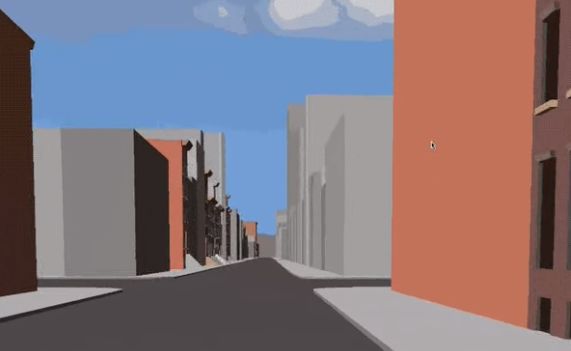 Raimond Kiveris, a software engineer at Google Research created an open-source map that displays the changes to city streetscapes over a period of time. The map displays historically-accurate changes in any U.S. city dating back to 1800. The map can also show the cities in both a bird’s eye view and a pedestrian-level view, as FastCompany details:

The map, called “rǝ,” is a project Kiveris has led through his research into artificial intelligence and machine learning at Google. Though still in a very early form, the map is functional enough to offer a glimpse of what someone would have seen on a city street decades in the past.

The map was created using historical fire insurance maps, a rich source of information for the built environment that includes precise information about building ages, sizes, heights, roof shapes, and even materials. The map creates simplified 3D models of these buildings, and the time slider allows a user to see, for example, Washington, D.C.’s Dupont Circle nearly devoid of buildings in the 1870s and almost fully developed in the 1920s.

Kiveris wants the map to do more than model buildings over time. He and his team created it as an open-source project so that people such as librarians and map enthusiasts can contribute their own historical sources to add detail. It can even integrate photographs of buildings, using deep learning to analyze images and augment the blocky 3D models with architectural details.