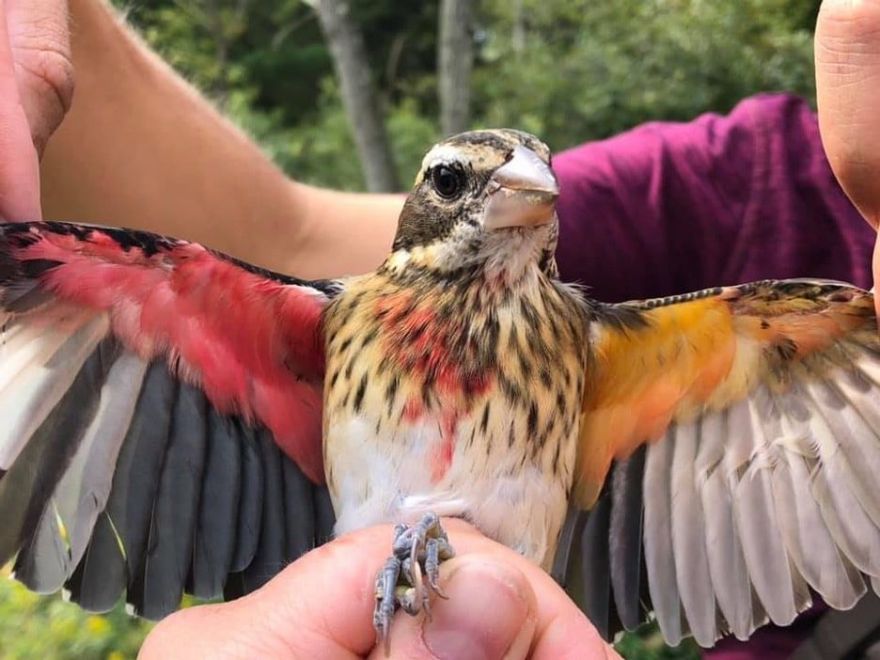 Considered a gender anomaly, this rose-breasted grosbeak is a "gynandromorphic,"meaning it contains both female and male characteristics that can sometimes be seen in physical traits on the body. Also, as if an added bonus (or emphasis that it is a gynandromorphic), Its body displays an even split down the middle between the male and female coloring, as Popular Mechanics detailed:

The bird's right side shows red plumage (male), while and its left shows golden yellow feathers (female), according to scientists from the Carnegie Museum of Natural History’s Powdermill Nature Reserve in Pennsylvania, who recently discovered it.

The scientists were "very excited to see such a rarity up close, and are riding the high of this once-in-a-lifetime experience," they said in a press release. Annie Lindsay, bird banding program manager at Powdermill, said one researcher referred to the experience as “seeing a unicorn,” while another described the discovery as an adrenaline rush, because it was “so remarkable.”