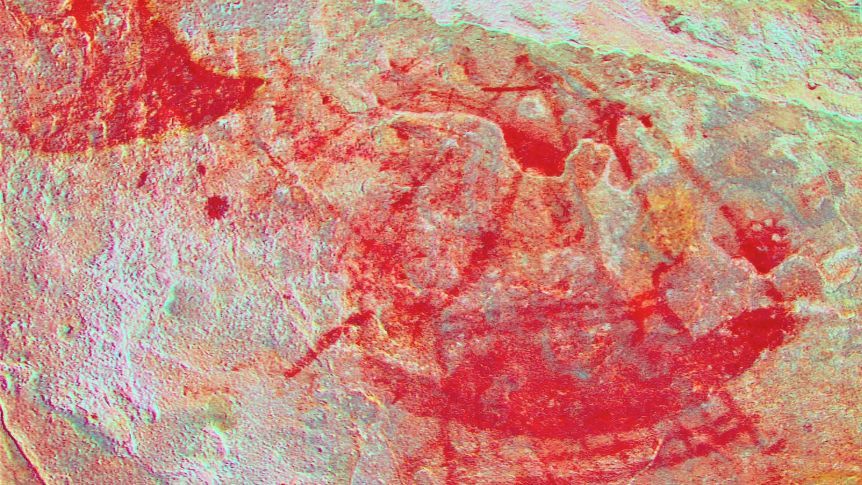 An important piece of rock art discovered on the Wessel Islands depicted ancient hunters harpooning a large whale. Sure, it’s an ancient rock artwork of ancient people fishing, but what is its significance? Anthropologist Dr. Ian McIntosh tells ABC news that this discovery is an astonishing one, and is of significant historical importance:

"The Yolngu have understood these whale hunter enterprises so much they could finely detail the boats on these rock carvings."

These hunters were known as the wurramala, and it's believed they came from Indonesia and regularly visited the Arnhem Land coast in the wet season long before Europeans or even Macassan traders arrived in Australia several centuries ago.

Dr McIntosh is part of the PastMasters history research group and also the author of The Whale And The Cross, a biography of Yolngu philosopher David Burrumarra MBE.

Mr Burrumarra was of the Warramiri of Elcho Island, and one of the clan's primary totems is the whale.