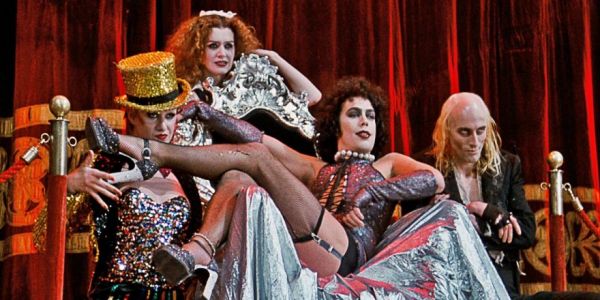 The Rocky Horror Picture Show was released in the US on September 26, 1975, about six weeks after its British premiere, which means the movie is now 45 years old. It wasn't an immediate hit, but found new life as an audience participation experience, which became almost a rite of passage for a generation of college students. The film was a reworking of the stage version, and there were some differences.

6. “Science Fiction/Double Feature” had a different singer for the film.

As previously mentioned, Patricia Quinn took the Magenta role just so she could sing “Science Fiction/Double Feature” on the stage, but when it came time to film The Rocky Horror Picture Show, it was decided that O’Brien should sing the song instead. Quinn wasn’t happy, but she did get a small consolation: The iconic lips that sing the song in the opening credits are hers.

7. The Rocky Horror Picture Show’s director agreed to a smaller budget in order to keep the original cast.

According to Sharman, 20th Century Fox offered him “a reasonable budget” if he would cast “currently fashionable rock stars” in the lead roles for The Rocky Horror Picture Show. Sharman lobbied instead to keep the original stage cast (with some exceptions, like the addition of Barry Bostwick and Susan Sarandon), and instead got a “modest budget” and a very tight shooting schedule. Sharman now calls the decision “crucial” to the film’s cult success.

Read the rest of the fun facts about The Rocky Horror Picture Show at Mental Floss.