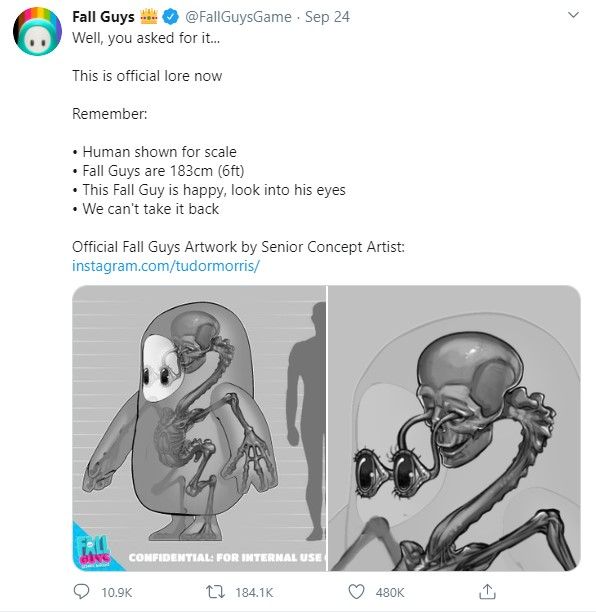 What are Fall Guys? Some thought that they are humans inside a suit. They thought wrong.

Fall Guys developer Mediatonic has revealed an awful piece of concept art designed to show exactly what is going on underneath your character's suit.

And it is a horrifying revelation. They might look cute and jelly-like on the outside, but it’s a different story on the inside.

While an adult human is shown in the image below for scale, it is clear the skeleton within the Fall Guys' costume is a different species entirely.

The bent legs and long neck remind us of a chicken. But then we get to the head. Oh, the head.