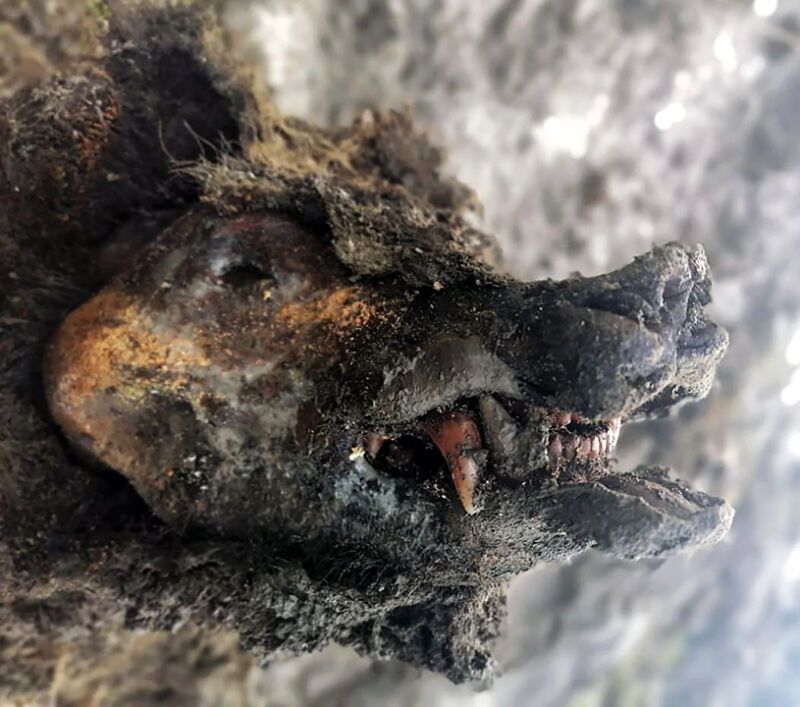 When a group of reindeer herders on the Siberian island of Bolshoy Lyakhovsky went out in broad daylight, they did not expect to come across a frozen carcass of an extinct species of bear that we haven’t seen face to face for over 15,000 years — a cave bear. It must have been an awesome experience for the herders, who found the carcass in a patch of melting permafrost.

Many of our ancestors knew cave bears (Ursus spelaeus) all too well. At Denisova Cave in Siberia’s Altai Mountains, about 3,600km (2,200 miles) from Bolshoy Lyakhovsky Island, a 2019 study of coprolites (fossil poop) and ancient DNA mixed into the cave sediment found that bears had lived in the cave off and on for around 300,000 years, probably alternating with the Neanderthals, Denisovans, and Homo sapiens who also lived there at various times.

In fact, most cave bear fossils have been found inside caves, and paleontologists think these bears probably lived in the caves full-time, rather than just popping in for a quick four-month nap. Across Europe and Asia, bears and people probably competed for the same real estate for around 300,000 years; it probably wasn’t much of a contest, though. These lumbering Ice Age giants stood 3.5 meters (11.5 feet) high when they reared up on their hind legs, and the largest males weighed up to 600 kilograms (1,320 pounds). That’s about the size of a large polar bear or Kodiak bear today. You wouldn’t want to meet one in a dark cave.

This would be the first time that we’ve met a cave bear in the flesh, as we’ve only known the species from the bones and tracks that we’ve found.

Paleontologists state that they will investigate the carcass “using all modern scientific methods”.

More details about this over at Ars Technica.