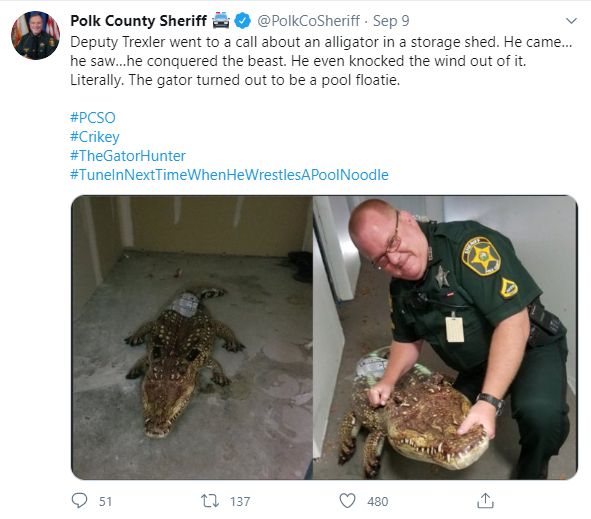 A husband and wife were moving some boxes outside their apartment in Winter Haven, Florida. Suddenly, the husband spotted an alligator lurking inside a storage shed. Alarmed, his wife immediately called 911.

A few moments later, Deputy Mark Trexler arrived on the scene, and he managed to wrestle with the alligator, which apparently was just an inflatable pool toy.