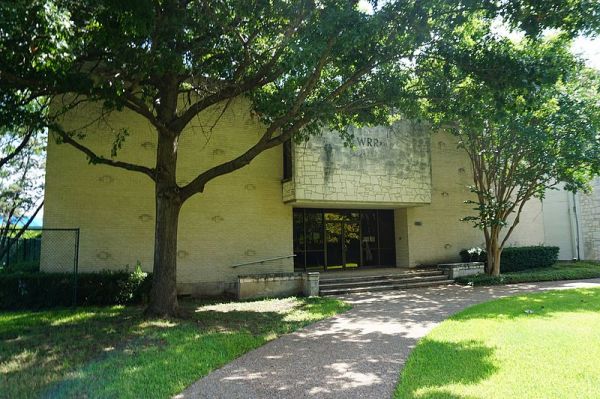 WRR in Dallas is Texas' oldest radio station. It was the first station licensed in Texas and the second one licensed in the US, so the fact that it is still in business is a wonder. And it all started in 1921 as a response to a disaster. After a fire destroyed the telephone lines that the city relied on to dispatch police and firefighters, Henry “Dad” Garrett (who had quite an amazing history himself) had the bright idea to launch a wireless radio system to do the job.

In theory, you could have sat in your living room, listening to the soothing sounds of urgent crises on your radio. In practice, however, you didn’t have a radio unless you made it yourself. The golden age of radio, which by 1947 would turn 82 percent of Americans into broadcast listeners, wouldn’t really take off until the 1930s; WRR was a decade ahead of its time.

“There were only amateur radio stations up at the time,” Slate explains. “There were also no commercially produced receivers, so people were making radios out of anything you can find. There are accounts in the Dallas Morning News of people using things like old box springs, mattress springs, as antennas.”

There was ample free time between dispatch calls, so Dallas’s firefighters started to air their own banter. Garrett spun his classical records and even lugged a piano to the station so his teenage daughter, Letitia, could give a live concert.

“The dispatchers were almost like the original disc jockeys,” says Amy Bishop, host of WRR’s midday show. “During the time when they didn’t have emergency communication, someone said, ‘Why don’t we start playing music?’ People started coming on telling jokes. Some enterprising person thought ‘Hey, we’re starting to reach more people, what if we could sell this time?’”

That was the beginning of the long and colorful history of WRR, which is still owned by the city of Dallas almost 100 years later. You can read some of the highlights of that story at Texas Monthly. -Thanks, WTM!