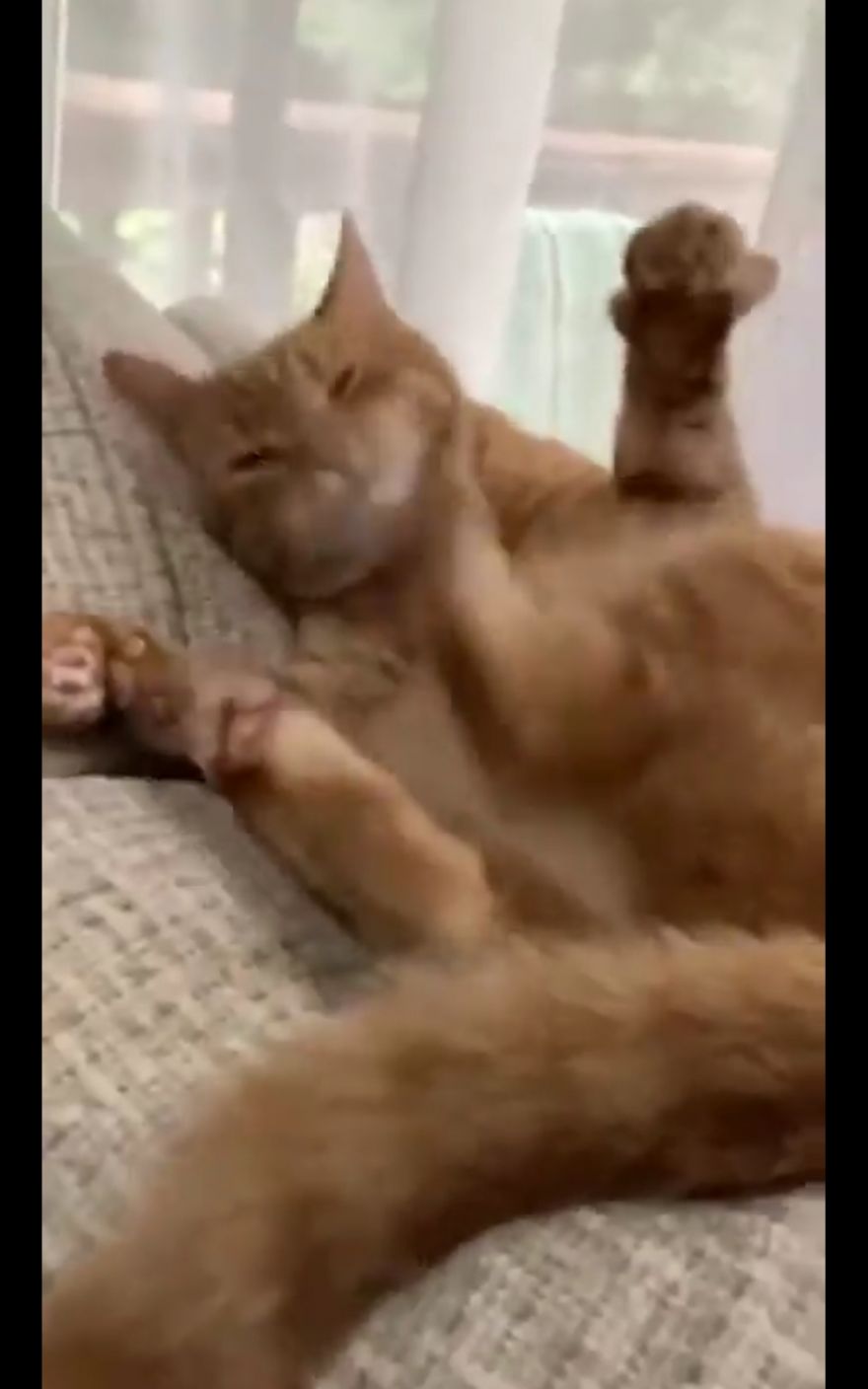 Help him scratch his ear, quick! Watch this short video posted by Twitter user @minoovo of a cat happily lying down on the couch. Poor cat was trying to punch itself in the face! It took me a few times of replaying the clip (without reading the original caption) that it was trying to scratch his ear.

he doesn't realize he can't scratch his ear while lying down pic.twitter.com/lR17ph2VM3