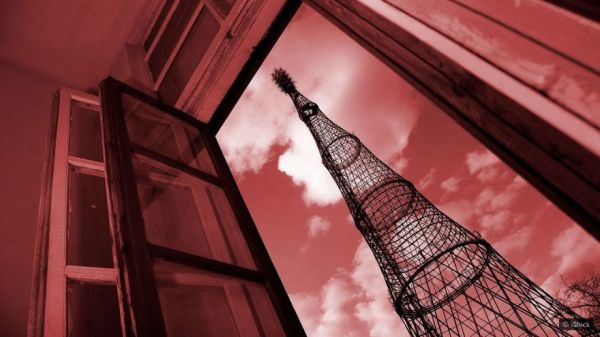 In a swamp outside of St. Petersburg, Russia, there's a shortwave radio transmitter amongst a series of towers that makes no sense to most of us. Someone, somewhere knows exactly what is going on.

It is thought to be the headquarters of a radio station, “MDZhB”, that no-one has ever claimed to run. Twenty-four hours a day, seven days a week, for the last three-and-a-half decades, it’s been broadcasting a dull, monotonous tone. Every few seconds it’s joined by a second sound, like some ghostly ship sounding its foghorn. Then the drone continues.

Once or twice a week, a man or woman will read out some words in Russian, such as “dinghy” or “farming specialist”. And that’s it. Anyone, anywhere in the world can listen in, simply by tuning a radio to the frequency 4625 kHz.

It’s so enigmatic, it’s as if it was designed with conspiracy theorists in mind. Today the station has an online following numbering in the tens of thousands, who know it affectionately as “the Buzzer”. It joins two similar mystery stations, “the Pip” and the “Squeaky Wheel”. As their fans readily admit themselves, they have absolutely no idea what they are listening to.

No one knows, but there are theories about the enigmatic broadcast. Read what we know, and what people think they know, about what's going on with MDZhB at BBC Future.  -via Strange Company