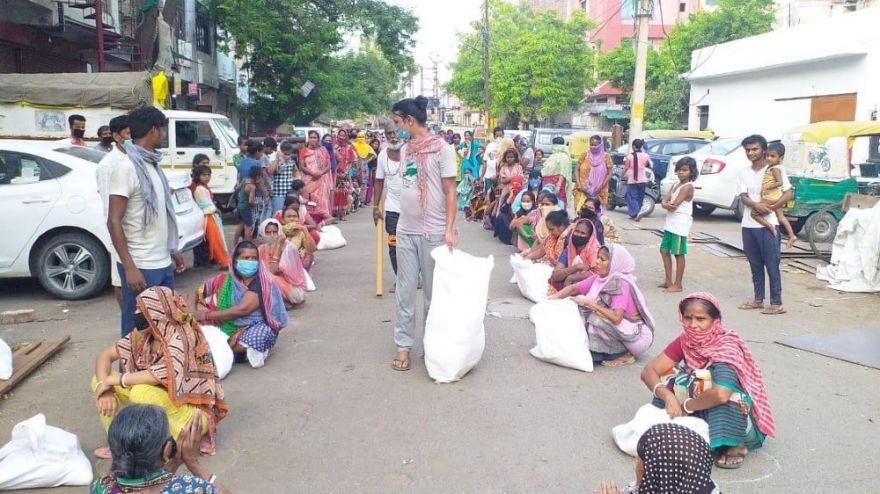 For more than three months, Michelin-starred chef Vikas Khanna has helped serve 20 million meals to poor Indians facing hunger, from thousands of miles away in the United States.

The Indian-born Khanna, who moved to the US in 2000, started the 'Feed India' campaign in April, after Prime Minister Narendra Modi announced a strict coronavirus lockdown, which forced millions out of work, many of them facing hunger.

"It all began after a spam email with the picture of an old-age home," Khanna says, "where people were left to fend for themselves with little food". The moment "crushed him" and made him realise that India was about to embark on a major hunger crisis.

The campaign has distributed food at leprosy centres, on railway tracks, elderly care homes, highways and orphanages, to name a few.

at first i thought Michelin Tyre Man, that woulda been cool too
Abusive comment hidden. (Show it anyway.)
Login to comment.