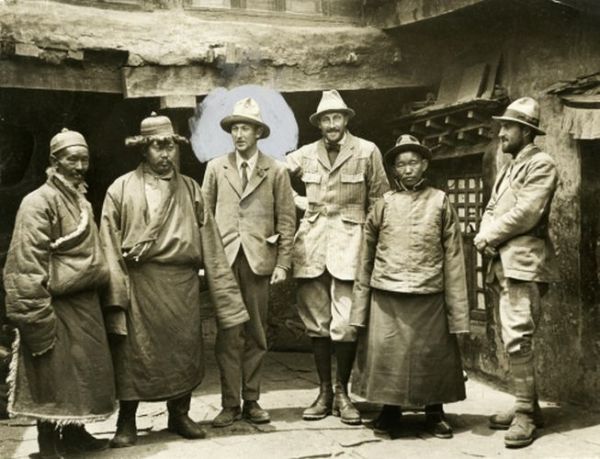 For almost 70 years, it has been accepted that Sir Edmund Hillary and Tenzing Norgay were the first people to reach the summit of Mount Everest. Now there is speculation about whether another expedition in 1924 was the first. If so, it would not negate Hillary and Norgay's achievement; it would just lengthen their title to the first expedition to reach the summit and return alive.

Around 1pm on 8 June 1924, George Mallory, one of the era’s leading climbers, and his young companion Andrew Irvine, were spotted as tiny black specks clinging to Everest’s towering Northeast Ridge, just a few hundred metres from the summit. And then the clouds closed in. Irvine has never been seen since, while Mallory’s frozen corpse was finally found in 1999.

Their unfinished story is mountaineering’s greatest mystery. That they died on the mountain over 90 years ago isn’t in doubt, but what exactly happened up there, on the roof of the world, has been argued about endlessly by alpinists and armchair observers for decades.

Did they reach the top of Everest – 29 years earlier than Edmund Hillary and Sherpa Tenzing Norgay’s accepted first ascent of the planet’s highest peak – before tragedy struck?

When Mallory’s perfectly preserved body was discovered, the photo of his wife that he had sworn to leave on the summit was the only thing missing. That and a Kodak camera carried by the climbers, which remains lost – presumably buried in the ice with the as yet undiscovered remains of Irvine. That camera is the Holy Grail of the adventure world.

Read about Mallory and Irvine and that 1924 expedition, from the reports of the survivors and what we've learned since then, at HistoryExtra. (via Damn Interesting)

One of history's premier mysteries, this just may be a classic case of not being able to see the forest for all the trees. I read this book, which makes a strong case for Mallory and Irvine never reaching the summit, and then saw this video, which makes an even more convincing case that they did. The problem with the book is that it assumes that Mallory and Irvine must have attempted the daunting Second Step, and thus failed, whereas the video shows there was an alternate route that bypassed the Second Step. I lean toward the video and believe that Mallory and Irvine did reach the summit, but, as is still the case with the majority of deaths on Everest, they were killed during the descent. If, as the video states, they summitted at around 4 pm, that was far too late to make it back to the high camp safely (today 1 pm is the time by which summitters must begin their descent). It is natural that Mallory would not have the camera, as surely Irvine would have taken his picture at the summit, as Tenzing Norgay did with Edmund Hilary. And the photograph of Mallory's wife, which he had promised to leave at the summit, was not found on Mallory's remains. However, Mallory was notoriously absent-minded (he had forgotten his own camera and had to borrow the one that is still missing), so it is possible that he had simply forgotten to bring the photograph. Anyway, of all the many Mallory/Irvine videos on YouTube, I found this one to be the most informative as to what may actually have happened to them.
Abusive comment hidden. (Show it anyway.)
Mallory is also famous for the quote he gave in 1923 as to why he wanted to climb Mount Everest: "Because it's there." He expanded on that answer in another quote.
Abusive comment hidden. (Show it anyway.)
Login to comment.