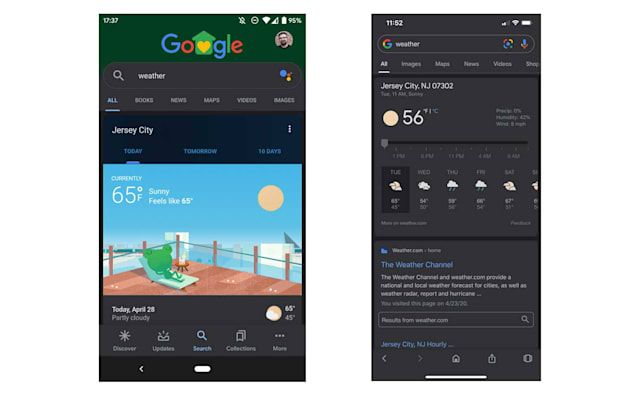 Well, it’s about time Google. Even though it’s late to the party, the Google search app finally has a light-on-dark option. All those late night Google searches under the mercy of the light background of the app will finally cease, as Engadget details:

Dark mode starts rolling out today and will come to more and more phones throughout the week, so if you don’t see it now, you may have to wait a few days. The feature has been part of the beta version of the app for a few months, but now it’s ready for a wider release.

When you get the update, you shouldn’t have to take any action to enable dark mode -- the app will detect a device’s display settings and follow suit -- at least if it’s running Android 10 or iOS 13. (iOS 12 users may have to turn the feature on manually.) You can turn off dark mode from within the app if it’s not to your taste. The darker interface should help create a more unified look across your smartphone’s apps, and could also be a way to ease some eye strain.