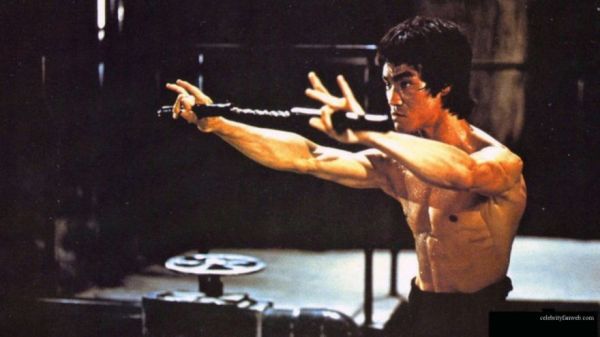 If you've ever watched Bruce Lee swing his nunchaku, or nunchucks, in a movie, you you have to admit it looks awesome ...in the hands of Bruce Lee. You and I are more likely to hurt ourselves trying to imitate those moves. Once you've tried swinging those things, you have to wonder how effective the weapon would be in real life compared to say, a stick. Would it be worth all that training? Were they ever used in combat? To answer that question, we have to look at the history of nunchucks.

To begin with, going back to the earliest known references to this particular staple of certain martial arts, it turns out nobody is quite sure who invented it, not because its origins are thousands of years back or anything like that- but simply because up until the likes of Bruce Lee, it wasn’t really a terribly popular weapon of choice, and its history isn’t well documented as a result of its relative obscurity.

So who do people think invented it? It turns out even if you consult educational tombs of knowledge concerning use of nunchucks, as we did, you’ll find about as many stories as there are books covering the sticks with a little extra in the middle.

A recurrent theme in the most commonly touted origin stories, however, is that its invention was spurred owing to a lack of other weapons, and thus it was an improvised weapon created from and altogether more innocuous item meant for other purposes before someone realized if you swung it- hey- you could really hurt someone (or yourself).

Read some of the various origin stories and what we really know about the history of nunchucks, which all seems to come down to something like "a weapon you can use if there's nothing else available" at Today I Found Out.

In my country nunchucks are forbidden to make, buy, own, posess or sell it is classified as "forbidden item". The term used in the law to refer to nunchucks translates as "choking-wood"...
Abusive comment hidden. (Show it anyway.) 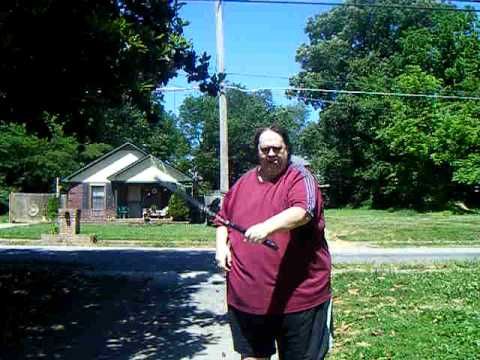