We've heard of people who risk their lives just to take selfies, and now, there's this guy named Mark Laita who risked his life to take portraits --- not of himself but of colorful serpents. The twist is, while doing so, he got bitten by one! 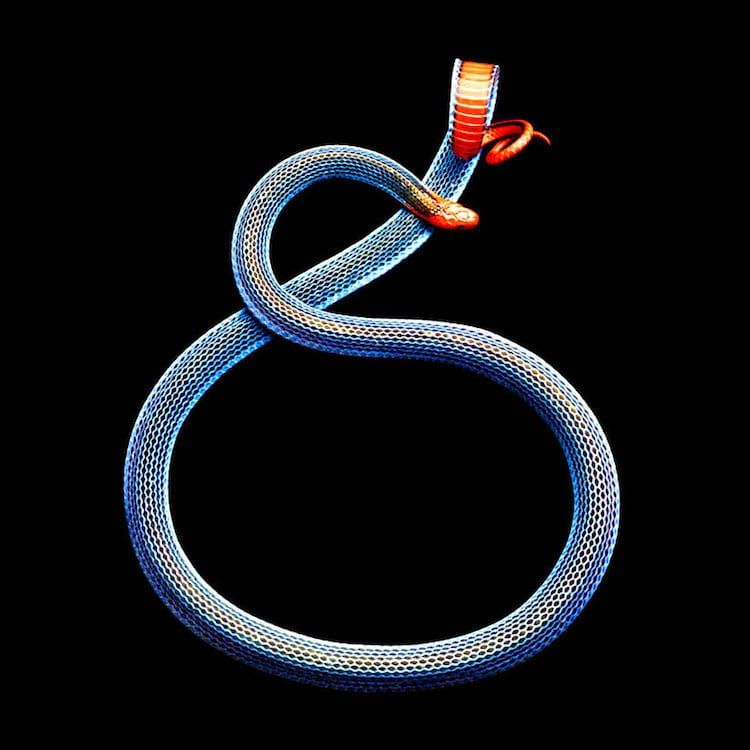 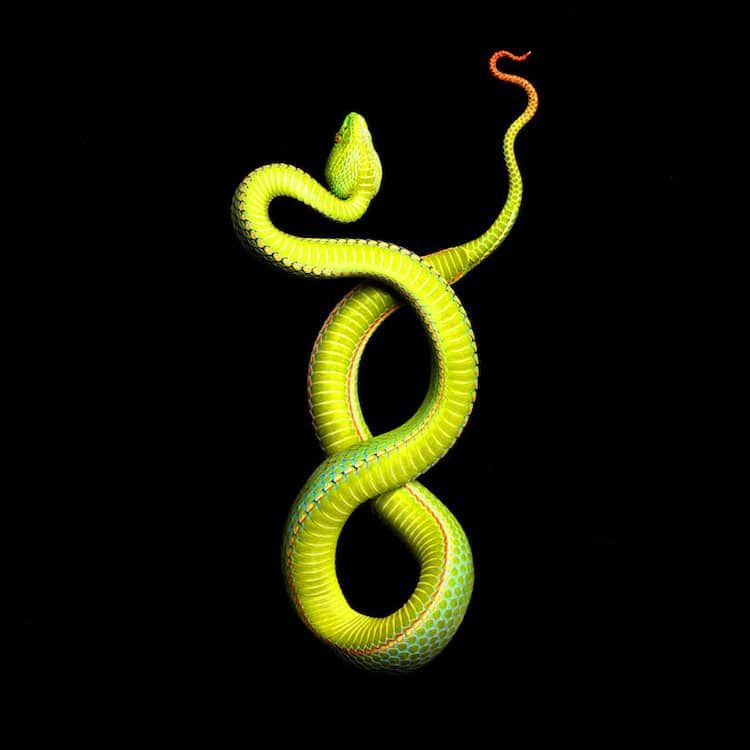 While photographing a black mamba at a facility in Central America, the deadly snake struck. “It was a very docile snake,” he recalls. “It just happened to move close to my feet at some point. The handler brought his hook in to move the snake, and he inadvertently snagged the cord from my camera. That scared the snake, and then it struck where it was warm. That happened to be the artery in my calf.” Miraculously, though the blood soaked through his socks and shoes, he survived the bite.

Considering the black mamba’s venom is deadly and can potentially make a person collapse within 45 minutes, Laita is extremely lucky. In fact, he was so preoccupied with the shoot, he didn’t realize he’d been bitten until the handler told him. After 20 minutes of feeling ok, he decided not to seek medical attention—something herpetologists later told him was a big mistake because something could have happened even hours later. It was only the next day he realized he’d actually snapped a photograph of the bite as it occurred. 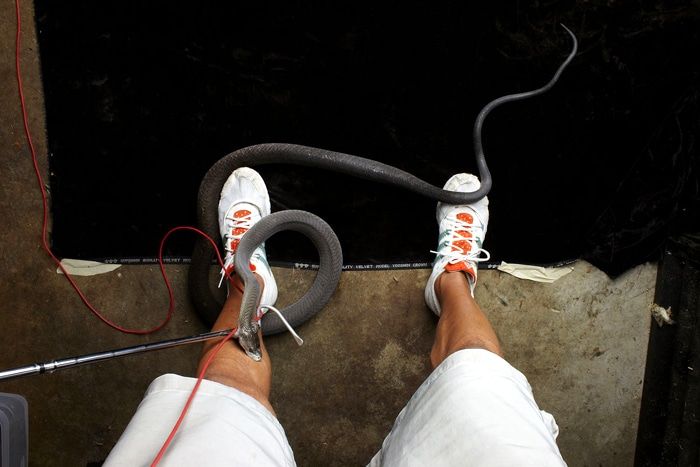 For Laita, it's a once in a lifetime thing, and he seems happy about his experience! Though he isn't sure how he survived, he was truly thankful.

“It was either a ‘dry bite,’ which is rare, or I bled so heavily that the blood pushed the venom out,” he explained in a publicity interview. “All I know is I was unlucky to be bitten, lucky to have survived, and lucky again to have unknowingly snapped a photo of the actual bite!”

(Photos by Mark Laita via My Modern Met)