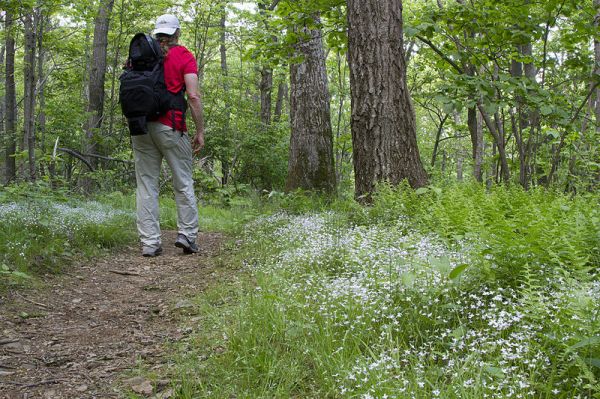 Getting lost in a city is no reason for a freakout, since you can ask for directions or help. Getting lost in the woods or some other wilderness area can lead to death, often because of panic that overwhelms not only our sense of direction, but our ability to think of alternate plans.

The fear runs deep in the culture. Children lost in the woods is as common a motif in modern fairy tales as in ancient mythology. Usually in fiction there is some kind of redemption: Romulus and Remus are saved by a she-wolf; Snow White is rescued by dwarfs; and even Hansel and Gretel, facing certain doom in the gingerbread house, find their way home. Reality is often more grim: During the 18th and 19th centuries, getting lost was one of the most common causes of death among the children of European settlers in the North American wilderness. "Scarcely a summer passes over the colonists in Canada without losses of children from the families of settlers occurring in the vast forests of the backwoods," the Canadian writer Susanna Moodie noted in 1852. Moodie’s sister, Catharine Parr Traill, another pioneer and writer, based her own novel Canadian Crusoes: A Tale of the Rice Lake Plains on real-life stories of children who walked into the woods and couldn’t find their way home.

It's one thing to know the best course when one is lost; it's another thing to actually remember and do it. Read about the process of getting lost and how you might raise your chance of survival under such conditions at Wired. -via Damn Interesting

I was thinking about the Blair Witch movies. That trilogy (especially the 1st and 3rd) does bring out that fear out. Some video games too (in that case, anxiety more than anything). I don't know if the cause of panic is because of the stories we are told (or see in the case of movies), but I wouldn't be surprised.
Abusive comment hidden. (Show it anyway.)
Login to comment.