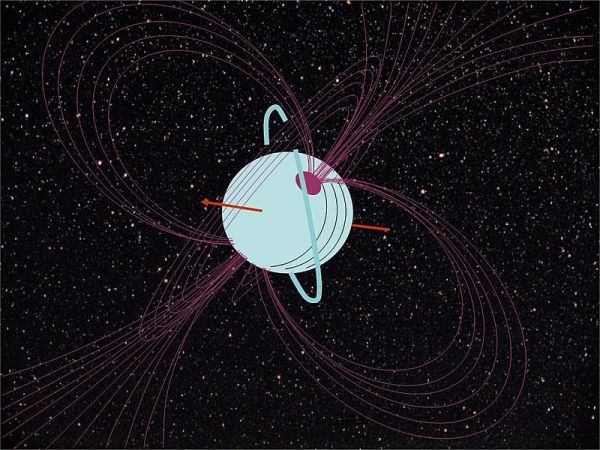 Sometimes it takes a while for the significance of data we already have to become clear. Scientists analyzing data from the Voyager 2 probe, received 34 years ago, found that Uranus has a plasmoid.

Plasmoids are globs of ionized gases pulled from a celestial body’s atmosphere. These bursts of atmospheric material are flung away from a planet by its magnetic field. This is the first time a plasmoid has been recorded at Uranus, though, and the discovery has revealed a lot about the mysterious planet.

Other planets have plasmoids, but Uranus is unique. Read about the discovery at Popular Mechanics.