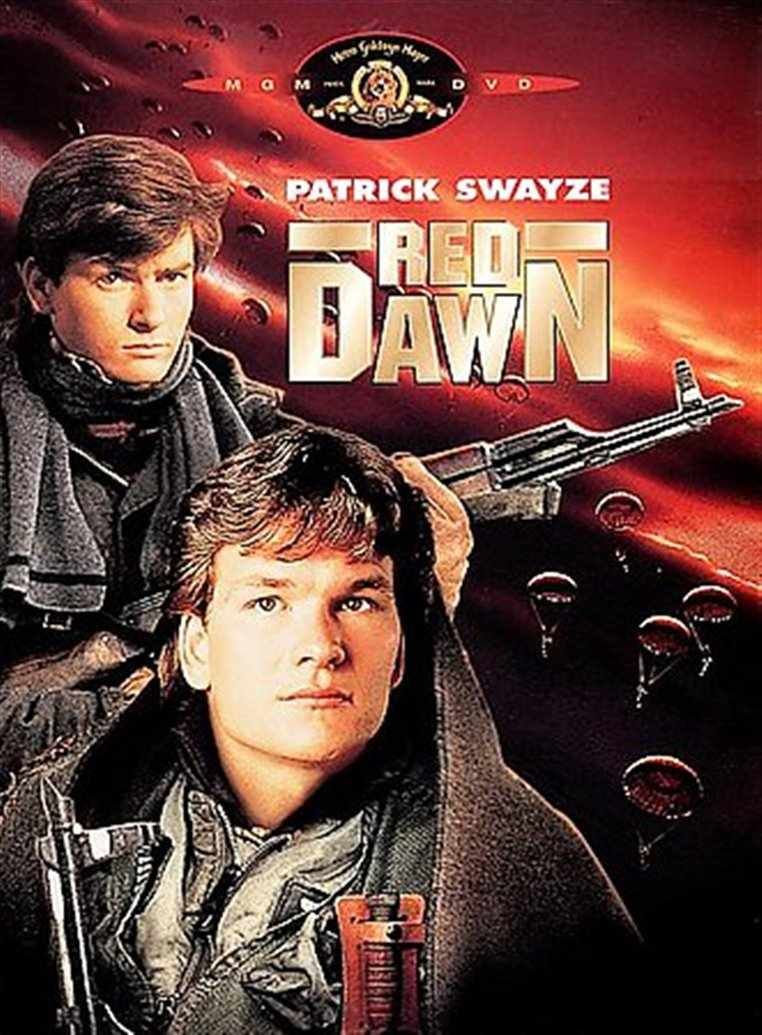 The most Reagan Era movie of the Reagan Era was, I think, Red Dawn. This Cold War film depicted a sudden invasion of the United States by communist nations led by the Soviet Union. The are ultimately defeated by American courage and pluck as exemplified by a band of freedom fighters led by Patrick Swayze.

Or a character that he played. I forget which. It's been about twenty years since I've watched it.

David Hookstead, a writer for the Daily Caller, has enjoyed the movie for many years. He recalls a time in college when he once persuaded a young lady of his acquaintance that Red Dawn was based on the real, historically true Soviet invasion of the United States in 1980. It was a brutal war that killed 80 million Americans.

You know, that war. The once that was a mere forty years ago. Hookstead reminisces:

That’s when I paused the movie and just took a deep dive into this great war America won in 1980. I explained to her how the Soviet nukes had knocked out key tactical strongholds of America in the Dakotas, and how “crack” paratroopers took the Rocky Mountains.

I mean, she didn’t just buy it. She was asking genuine questions about why this was never taught in high schools or colleges. I had to explain with a quivering lip that after America lost 80 million men in the great war of 1980 that we couldn’t discuss it in schools because the pain was too great.

At one point, I explained to her how D.C. took a direct nuclear strike, but we were able to hold off the Soviets at the Mississippi River (again, a direct reference to the plot of the film).

Then, later at night, she was literally talking to people how she had just learned the USA lost 80 million men in the great war of 1980. Eventually, somebody told her she was being pranked and she was far from pleased.

Still, to this day, I consider it my greatest accomplishment. If you aren’t smart enough to know Washington D.C. didn’t get nuked in 1980, then you deserve to get made fun of.