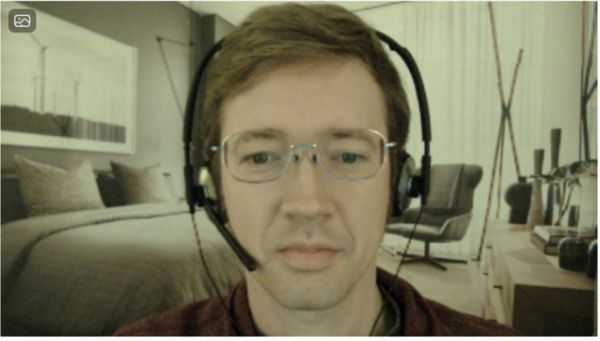 Software engineer Andrew Eckel is one of the many people who now are expected to work from home, and who have to network with co-workers. That's what he's doing in the top picture. We've seen a lot of these lately, even on TV. You just have to look at the background and judge the home environment, don't you? His is pretty nice. But it's not real. 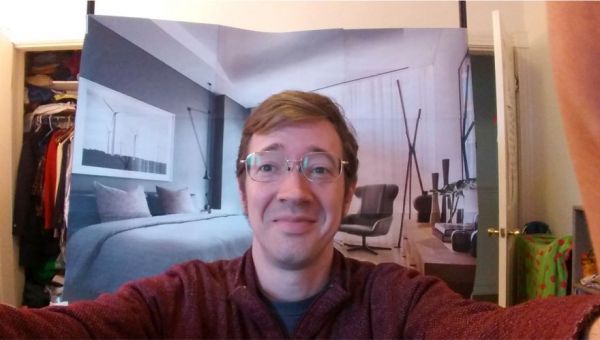 I work as a software engineer in cancer research and have an active but money-losing side gig as a musician*. The luxury apartment is improbable for my lifestyle, but anything's possible, right?

After I zoomed out and showed my co-workers the paper backdrop, they said they'd been quietly wondering how I could afford such a stylish place.  Or just why I had two office chairs.

Eckel said he was inspired by the Picture Phone from the TV show Pee-wee's Playhouse. Pee-wee Herman stood in front of a different fake backdrop every time he took a video call -on a tin can. Okay, Pee-wee was tickled to learn that Eckel got the idea from him. Then Pee-wee wrote a blog post explaining where he himself got the inspiration for the Picture Phone on his show that ran from 1986 to '90. That inspiration dates back to 1957, when video calls were a futuristic concept. But you won't be surprised to find out what it was. -via Boing Boing