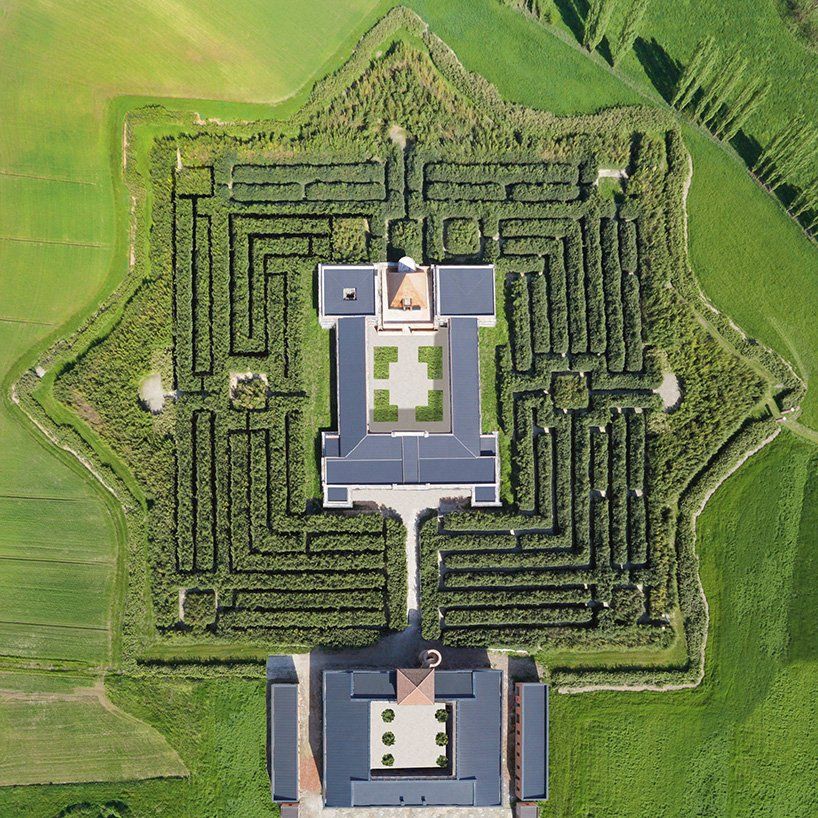 The Labirinto Della Masone is the world’s largest labyrinth. It is an eight hectare complex, with a path that is three kilometers long. Located in Fontanello, Italy, the labyrinth was created by Franco Maria Ricci. Riccis is publisher, designer, art collection and bibliophile. The labyrinth was created due to a promise Ricci made to Jorge Luis Borges, an Argentinian writer. Borges has always been fascinated by the symbol of the labyrinth, as Designboom detailed:

it is entirely made of bamboo plants (numbering around 200 thousand in total) between 30 centimeters and 15 meters in height, and belonging to many species. all throughout, it is a maze for losing oneself in, and for fantasizing and reflecting.

I first dreamed of building a labyrinth around thirty years ago,’ comments franco maria ricci. ‘on several occasions back then, in my country house outside parma, I played host to a friend and valued contributor in the publishing house had I founded: argentinean writer jorge luis borges. it is a well-known fact that the labyrinth was one of his favorite themes. and the paths traced by the hesitant footfalls of the blind writer as he walked around me, made me think of the uncertainty of those who move in the midst of forks in the path and enigmas. I think that it was watching him, and talking to him of the strange journeys made by men, that the very first embryo of the project finally opened to the public in june 2015 first took form.’