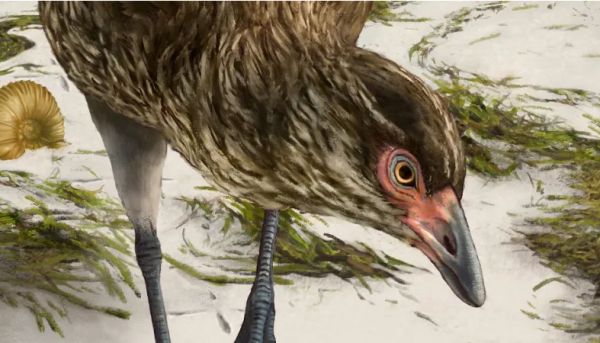 A new fossil has been identified and named Asteriornis maastrichtensis, but it's becoming known as the "wonderchicken." More than 66 million years old, it appears to be the oldest "crown" bird yet found, the ones modern birds are descended from.

Indeed, physical analysis of the Asteriornis fossil revealed a mixed set of features consistent with both modern landfowls (also known as gamefowls) and waterfowls—two distinct but closely related evolutionary orders. Together, landfowls and gamefowls fit snugly inside a clade called Galloanserae, a group that includes ducks, chickens, turkey, geese, pheasants, and partridges. Fascinatingly, Asteriornis had cranial features common to chickens and ducks, which suggests its evolutionary position is near to the last common ancestor of chickens and ducks, according to the research.

The explanation of why the wonderchicken is so important to the record of bird evolution is at Gizmodo.