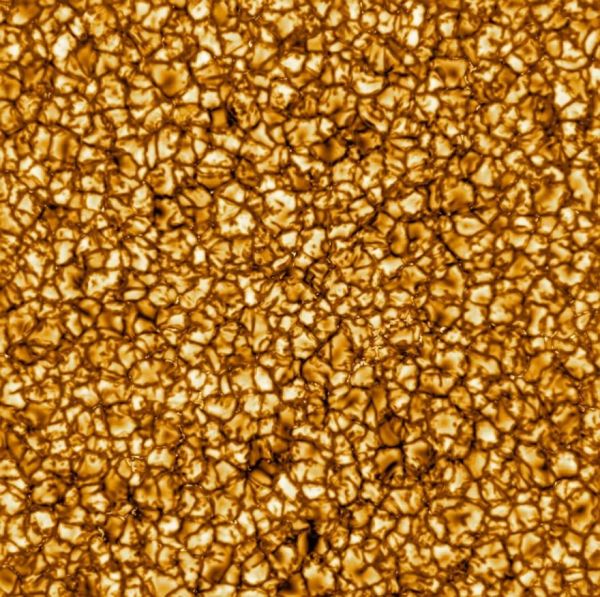 It is said that we should not gaze at the sun directly so that we won’t damage our eyes, but I guess this one is an exception.

This is the highest resolution video of the Sun’s surface ever taken. The National Solar Observatory (NSO) was able to capture “features” as small as 18 miles, which is the furthest we’ve been able to zoom in on our Sun.

The resulting video looks almost like a honey comb come alive. But actually, it "shows the turbulent, 'boiling' gas that covers the entire sun." The woozy rectangles that look like cells are basically the bubbles that result from heat and plasma moving around as the sun's energy churns; by the way, each of those "cells" is apparently about the size of Texas.

Looks like something from a kaleidoscope. What do you think?