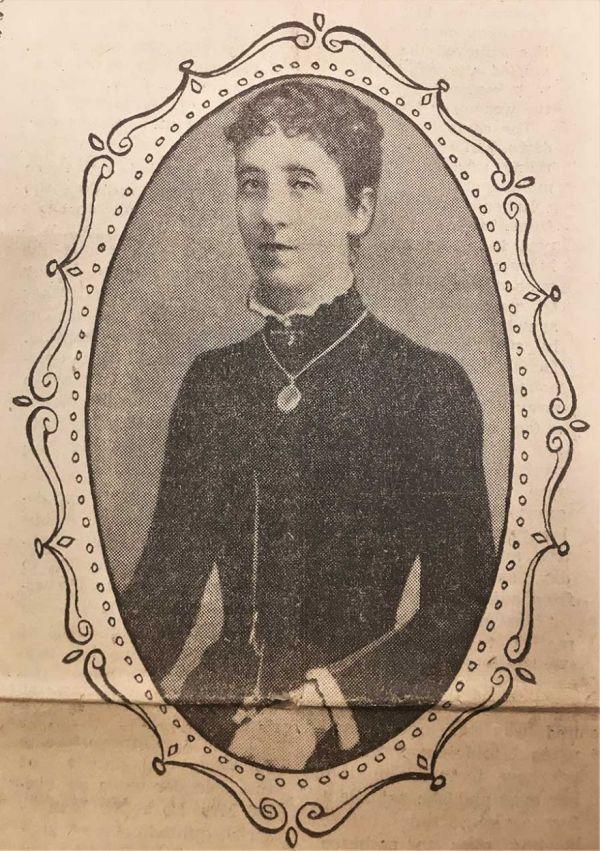 Marie Downing Williams led a unique life. A working class woman in England, she managed to become a dresser and confidant of both Queen Victoria and exiled Empress Eugenie of France. She fell in love with Harry Williams, a butler to the aristocracy, and they secretly wed -because the Queen's ladies-in-waiting were forbidden to marry. Harry wanted to be his own boss, so he emigrated to Manitoba and then to North Dakota to farm the prairie. A couple of years later, Marie left England to join him.

She later said she arrived 28 December 1886 but this cannot be right – the only sailing for the Gallia that fits is one for 1887 that arrived in New York on 27 December. And now comes the most bizarre part of Marie’s story: on landing in New York and reclaiming her luggage, Marie was told, much to her surprise, by the customs inspectors at the port that ‘I had several more trunks than I claimed. Upon investigation I discovered the trunks were all labeled with my name and I knew that Her Majesty had sent them.’ The queen, it would appear, ‘had made sure that her favored maid-in-waiting should have many reminders of the regal days she had left behind her.’ Hm …

Marie’s recall might be faulty on some things but she never forgot the long and arduous train journey from New York to the bleak, snow-covered plains of the Dakota Territory in the dead of winter; it had been ‘much more terrifying than her trip with the Empress Eugenie to South Africa’. Harry was there to meet her on 1 January (Marie said 1887 but it must have been 1888) when she arrived at Minnewaukan, the terminus of the recently completed Northern Branch of the North Pacific Railroad.

Life on the prairie was hard, but Marie grew to love it. Besides, she had trunks full of dresses and gifts from the Queen that made her the envy of Rolla, South Dakota. Those gifts also came in handy as they were sold off when times were hard. Marie told her story to the local newspaper in 1930. Helen Rappaport researched the details of Marie's life and found discrepancies in the accounts that were, after all, related 40 years after the fact by an elderly woman. What she found hints at a somewhat more nefarious story that you can read about at Rappaport's blog. -via Strange Company

Fascinating article, went to the blog and was engrossed!
Abusive comment hidden. (Show it anyway.)
Login to comment.