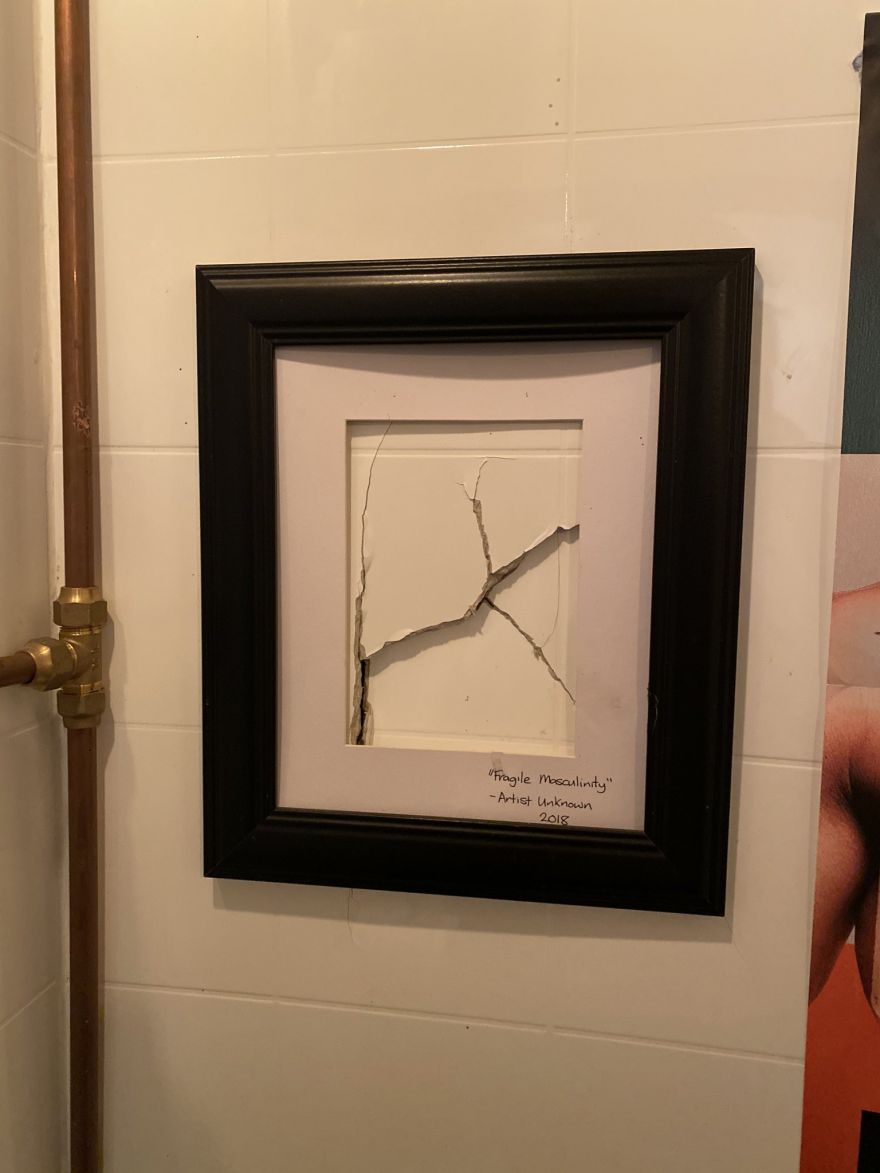 Josh McConnell finds an interesting object in the pizza joint he went to. In the men’s washroom, a hole in the wall was framed. The framed fracture is titled as “fragile masculinity”. The pizza joint sure has a sense of humour, framing something that was broken instead of fixing it. They sure won’t let the person responsible for it ever forget! As to who did the hole in the wall, no one knows.

The pizza joint I went to framed a hole in the wall in the men’s washroom and called it “Fragile Masculinity” pic.twitter.com/ZTxO2BsWMH