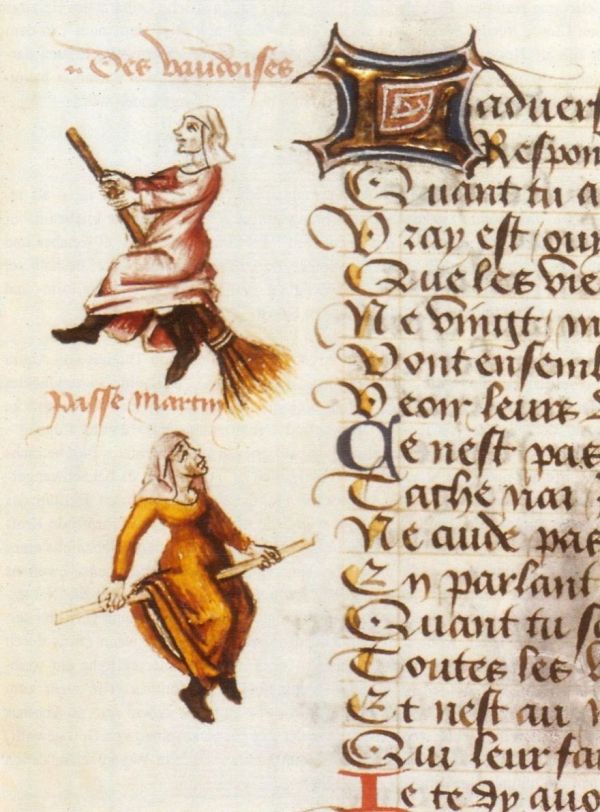 Above you see the first Western depiction of witches on broomsticks. It appeared in 1451 on the manuscript of the poem “Le Champion des Dames” by Martin Le Franc. At the time, the concept of witches was that of heresy and sin, women to be feared and even executed. And plenty of women were executed over the next couple of centuries. Medieval artists pictured witches as powerful and frightening. When they were attractive, it was in the context of tempting men to ruin. Then everything changed.

The biggest difference in representations of witches after 1750, according to Millar, is that people stopped believing in the magical creatures. Witch hunts had mostly stopped by the early 1700s. By 1750, all European countries besides Switzerland had decriminalized witchcraft. Depictions of witches from this era, said Millar, “don’t carry the same fear and repulsion as some of the much earlier images.”

That didn't mean the end of witch art. The depictions of witches just switched to fiction and fantasy, leaving the model of religious warnings against heresy behind, and opening up the subject to a wide variety of interpretations. Read about the history of the witch in art at Artsy. -via Everlasting Blort