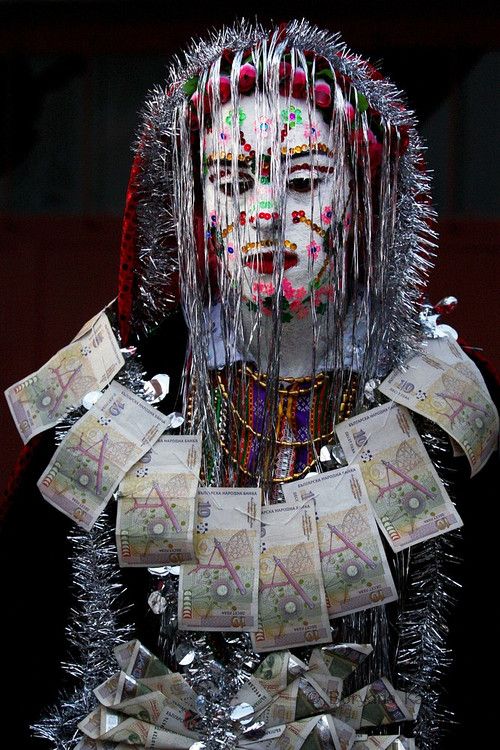 While Vanessa and Alex, the founders of Messy Messy Chic, are off getting married, the rest of the team decided to post pictures of traditional bridal costumes from all over the world. Above, you see a Muslim bride from the Bulgarian village of Ribnovo, where the tradition is to cover the bride's face in thick gelena makeup and adorn her with sequins. Other regions of Bulgaria have their own particular wedding day makeup, elaborate but different.

In Ribnovo, however, the female in-laws are tasked with laying the bride down for the face painting sesh as she closes her eyes, and top off her look with a veil of tinsel, a necklace of money (which the groom will also often wear) and other trinkets. Perhaps most impressively, it’s only when the priest blesses the couple that the bride can open her eyes. It’s a two-day ceremony, but one that relishes in the gradual reveal of the bride, and her transition from single to married life.

Read of the different traditional ways the bride is made to look like queen for a day, from Mongolia to Morocco, at Messy Nessy Chic.