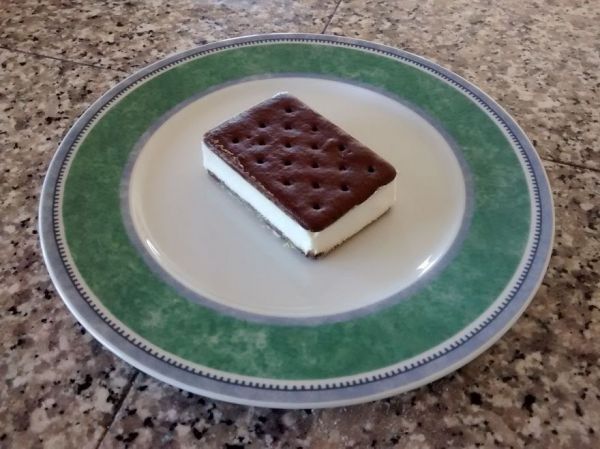 How do you serve ice cream from a 19th-century street cart, where there's no room to carry tons of dishes and spoons? You could wrap it in paper, but that still causes a mess, both for consumers and for the streets themselves. Someone came up with the idea of wrapping a slab of ice cream in cookies instead, and the ice cream sandwich was born. And that's why we celebrate Ice Cream Sandwich Day on August 2.

Written mentions of the treat start cropping up around the turn of the century. “It was written about a lot in newspapers,” Quinzio says. “This was quite the innovation. It sold for a penny, and you had to have a penny because they were making them so fast they didn’t have time to make change.”