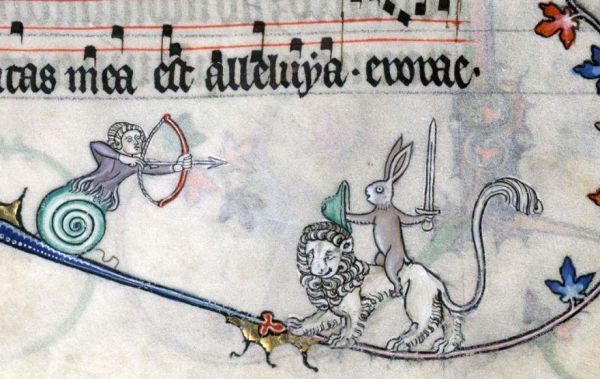 Thread: everyone knows that medieval art is filled with snails fighting knights, but there's actually a whole medieval snail ecology and society, from snail-birds to snail-monks. And, ofc, snail-cats.

Erik Wade presents us with a bestiary of sorts, a collection of medieval snail art that shows how medieval monks combined snails with people, cats, dogs, deer, unicorns, birds, chickens, rabbits, monkeys, pigs, and other creatures. 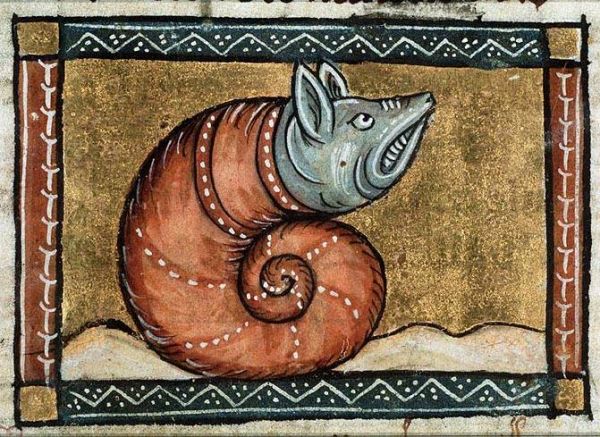 Maybe there's some symbolism here, but I believe that snails are just an easy doodle that you can turn into something else. If you make half the animal a snail, then you don't have to draw legs or whatever- just a spiral. See the entire post at Threadreader or the nested thread with responses at Twitter. -via Metafilter