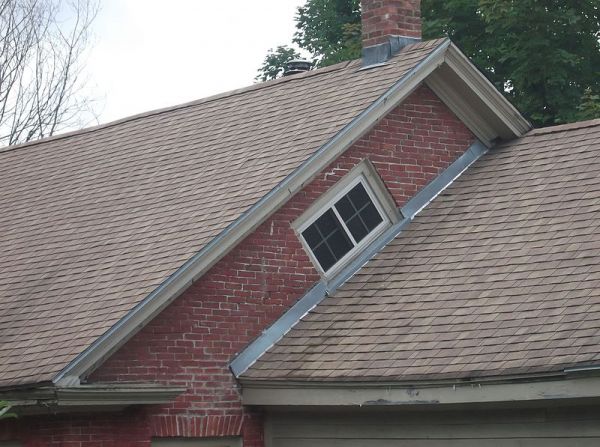 An architectural oddity that is almost exclusively found in Vermont is the "witch window." These are windows mounted on a slant, just under the roof line of a house. They are sometimes referred to as "Vermont windows" (for obvious reasons) or "coffin windows." The tale told is that crooked windows are harder for a witch to fly into. That doesn't make much sense. There was one witch trial in Vermont, but it was a couple hundred years before the witch windows became a thing. Other explanations don't make sense, either.

“You’ll also hear them referred to as coffin windows,” explains the Historical Society rep, “The idea being that it’s difficult to maneuver a coffin with a body from the second floor down to the first floor in these narrow staircases, so slide it out through the window and down the roof.” Then again, she says, that “does not seem any easier.” At the end of the day, every conclusion drawn about the curious windows ends with a question mark. Why on earth create a completely lopsided, and by all means impractical, window?

The real answer may be that it's the only way to fit a decent-sized window into a room that sits in an offset gable. But that explanation is no fun! And can you imagine trying to hang a curtain in one? Read about witch windows and see more pictures at Messy Nessy Chic.