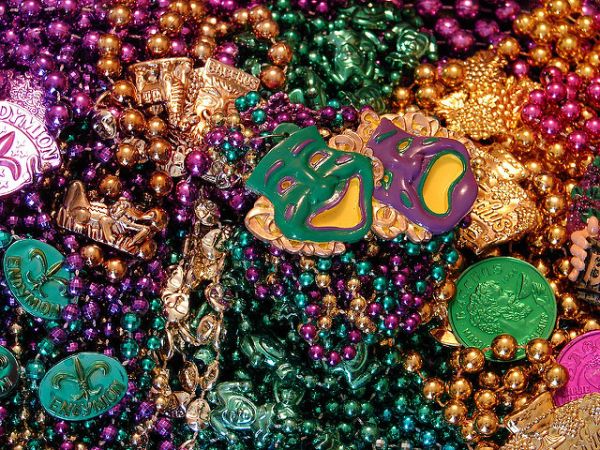 Mardi Gras is February 13 this year, and the Carnival season is already in full swing with parades every weekend in New Orleans leading up to Lent. These famous parades are staged by krewes, or neighborhood social clubs. Some of them trace their history back 100 years or more, and have huge memberships. These super krewes, named Comus, Orpheus, Rex, Endymion, Bacchus, and others are responsible for the largest Mardi Gras parades in New Orleans. But there are dozens of others, each with their own flavor. Lets take a look at some of these quirkier krewes and their parades. 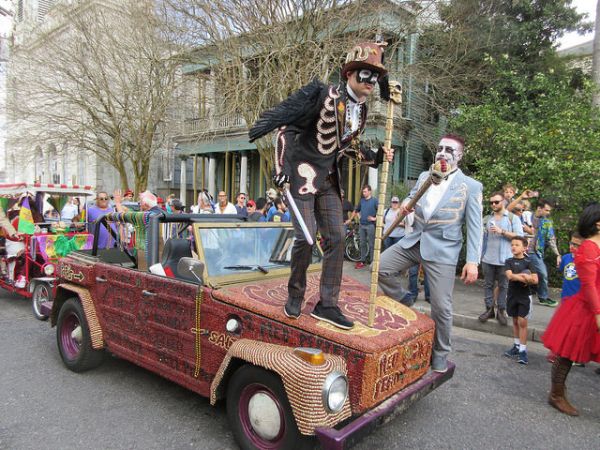 The Krewe of Red Beans was founded in 2008 by Devin De Wulf, who is a fan of red beans, rice, and Carnival.

Devin created a dorky power-point presentation and invited a few friends to come over for dinner. . . enough people were convinced to join the parade and following halloween, people came together to "bean" each sunday night at Devin's house. He would cook up a big meal for the crowd and we would hang out and glue beans on stuff. . . after many hot-glue accidents and hours of "beaning"  we were ready for our first parade.

The Krewe of Tchefuncte is a maritime krewe founded in 1973 to celebrate the history of Madisonville and its river. The Krewe of Tchefuncte doesn't march, but it does float. Their Mardi Gras Boat Parade moves down the Tchefuncte River as crowds watch from the Madisonville riverfront. This year's parade will begin at 1PM on February 3, from Salty's Marina to the Maritime Museum. The theme this year is "A Pirate's Life." 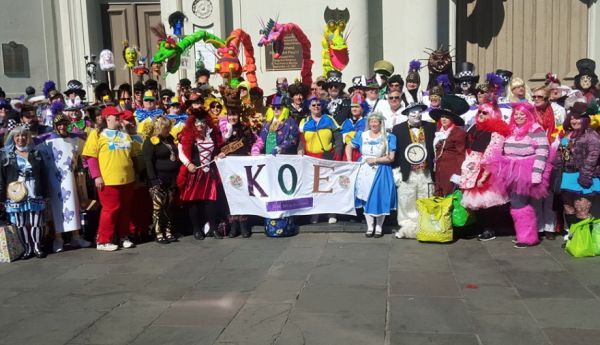 KOE was established in 1998 as Mardi Gras' first "cyber krewe." The founders harnessed the power of the internet to recruit and socialize with members, who are not all in New Orleans. It was initially named the Krewe of Elvis, but they eventually shortened the name to KOE and abandoned the Elvis costumes for their walking parade. Now, each year's parade has a different theme with collectible throws designed around it. In 2016, when the picture above was taken, the theme was Alice in Wonderland. This year's KOE parade will be at 11AM February 13 in the French Quarter, with a theme that has yet to be divulged.

The krewe known as ‘tit Rəx is not what you think. It's short for "petit," or small. While other Mardi Gras parades were getting bigger all the time, one group of folks thought it would be nice to go the other way. The microkrewe 'tit Rex was founded in 2008, so this year's parade will be the 10th anniversary. The main rule for the 'tit Rex parade is that all floats must be based on a shoebox, and there is a limit of 28 floats. When size is restricted, creativity matters more. Float masters all dress in black-tie formalwear and matching sashes, in order to keep the focus on the tiny floats. The 'tit Tex parade will be on February 3, starting at 5PM in Marigny, followed by the 'tit Rex Ping Pong Ball. 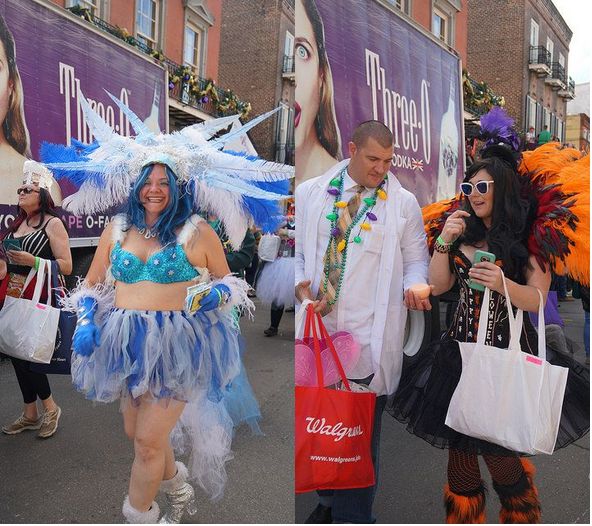 The group Bosom Buddies was founded in 2013 as a "a laid-back, inexpensive, fun, colorful and fearless walking krewe" of women, but they include men as well, under the name Breast Friends. They have events throughout the year: the Breastivus, the Breast Stroke, and the Bra Summit, among lesser events. For their Mardi Gras parade, members must wear the uniform, consisting of a bra, hat, wig, and tutu that illustrates the year's theme. Their parade will be Friday, February 9, beginning at 11:30 AM. The most prized throws will hand-decorated bras. 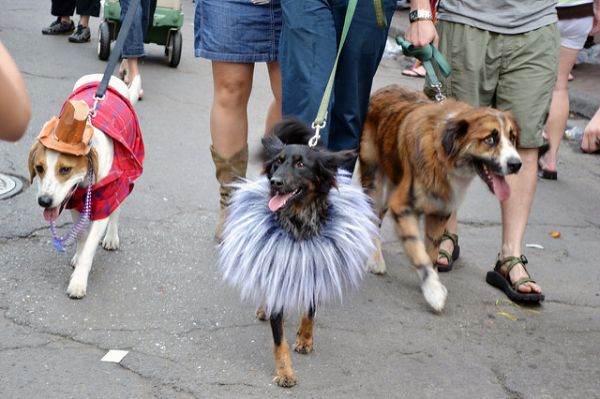 Founded in 1993, the Mystic Krewe of Barkus is the only New Orleans krewe for dogs. Members work to benefit various shelters and animal charities throughout the year. For parade time, dogs put on fabulous costumes to strut their stuff -and often their owners do, too! The parade this year will be on Sunday, February 4 at 2PM beginning at Armstrong Park, with them  theme of "Game of Bones." 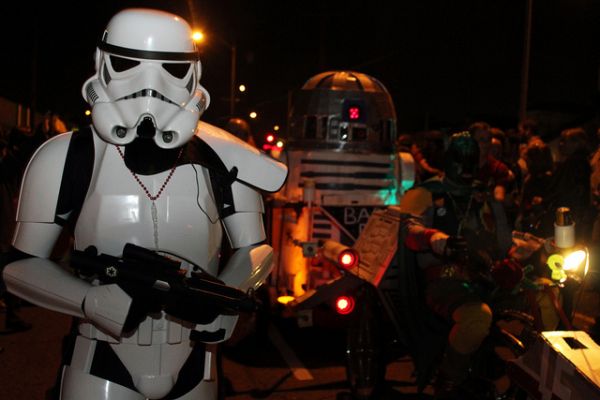 The Intergalactic Krewe of Chewbacchus was founded in 2010 to bring some science fiction and pop culture to Mardi Gras. Founder Ryan Ballard had worked with Krewe du Vieux and is a member of the  501st Legion, so combining his interests only made sense. The name Chewbacchus comes from Star Wars, but all fandoms are welcome. In fact, Chewbacchus has spawned sub-krewes, such as the Krewe du Who for Doctor Who fans and The Krewe of the Living Dead for zombies.

Over 2,000 participants are expected to take part in the Chewbacchus Parade on February 3, starting at 7PM in Marigny.

Follow all the parades with the New Orleans parade schedule for 2018.