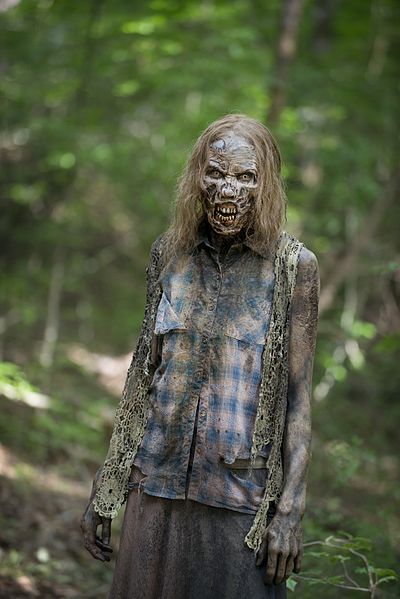 The following is an article from Uncle John's Bathroom Reader The World's Gone Crazy.

With flesh-eating monsters devouring everything from Jane Austen to Louisville, Kentucky, it seems like dead is the new living.

…restart the heart of it’s victim for up to two hours after the initial demise of the person where the individual behaves in extremely violent ways from what is believe to be a combination of brain damage and a chemical released into blood during “resurrection.”

The story prompted a few concerned calls to the BBC, but the bad grammar, along with the date it appeared (April 1st), was a dead giveaway that this was a fake Web site designed to look like the BBC’s real site. No panic ensued.

For one crazy night each August, up to 40,000 zombies gather in Louisville, Kentucky, and stagger through downtown, swarming pedestrians, cars, even city buses. It’s the “Louisville Zombie Attack,” billed as the U.S.’s “first and oldest” undead gathering (started in 2005 by three friends who love zombie movies). Although the event -which also features zombies dancing to DJ music- is all in fun, the organizers ask that you plan ahead with your friends so that “only consenting participants are attacked.”

In 2006 a group of staggering partygoers dressed as zombies raised the suspicion of police in Minneapolis, Minnesota. Why? These “undead” were carrying backpacks that had wires sticking out of them… so police arrested them on suspicion of possessing “simulated weapons of mass destruction.” It turned out that the wires were part of a stereo system for their “Zombie Dance Party.” Once they convinced officers that they weren’t carrying explosives, the weapons charges were dropped. But a few were cited for disorderly conduct for stumbling down the street like they were in “some kind of Michael Jackson video.”

In early 2009, after an unknown trickster hacked into computerized road signs in Austin, Texas, motorists saw signs that warned them: “CAUTION! ZOMBIES AHEAD!!!,” “RUN FOR COLD CLIMATES!!!,” and “THE END IS NEAR!!!” Although most commuters said they were amused by the sign, the City of Austin was not. If caught, the culprit faces jail time and a $500 fine. “When you change a sign, you’re endangering people,” said one city official. (And in the future, citizens might be less inclined to believe the signs in the case of an actual zombie attack.)

In 2009 author Seth Grahame-Smith took Jane Austen’s 1813 masterpiece Pride and Prejudice and added his own “zombie mayhem.” Result: Pride and Prejudice and Zombies, a surprise best seller. The hybrid novel is 85% Austen’s work and 15% Grahame-Smith’s gory sensibilities, staying true to the original plot of star-crossed lovers, except for a few forays into zombie-killing, corpse disposal …and ninjas.

The book was made into a comedy-horror film in 2016. 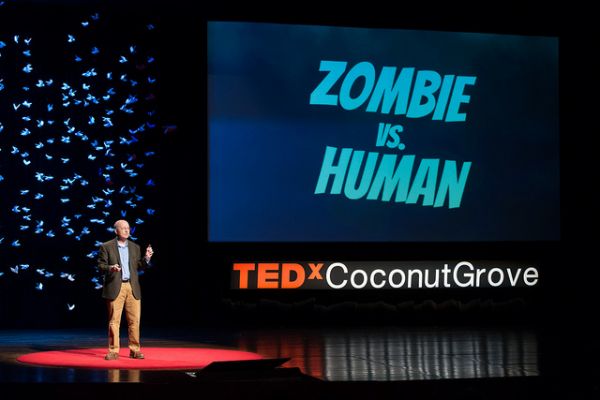 Harvard University psychiatrist Dr. Steven Schlozman’s fascination with movie zombies led him to write an academic paper on the subject. The study analyzes years of (movie) data and details why zombies behave the way they do. His findings:

• Zombies are slow-witted because they have only enough frontal lobe activity left in their brains to “sense” other zombies or humans.

• The amygdala (the part of the brain that controls emotional reactions) also influences zombies, so they “can only be fueled by rage.” And reasoning with them is useless, Schlozman notes, because it’s like “being mad at a crocodile” for wanting to eat you.

• Other cerebral deficiencies account for their slow walk, lumbering movements, lack of fear, and insatiable appetites.

• Why do zombies moan? Because they’re constipated, writes Schlozman: “They never seem to poop.” 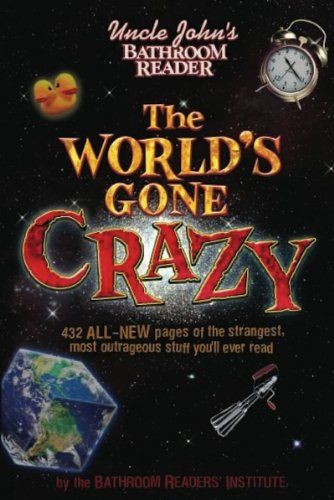 The article above is reprinted with permission from Uncle John's Bathroom Reader The World's Gone Crazy.

Something for the UK readers, that is assuming we have any =^ )