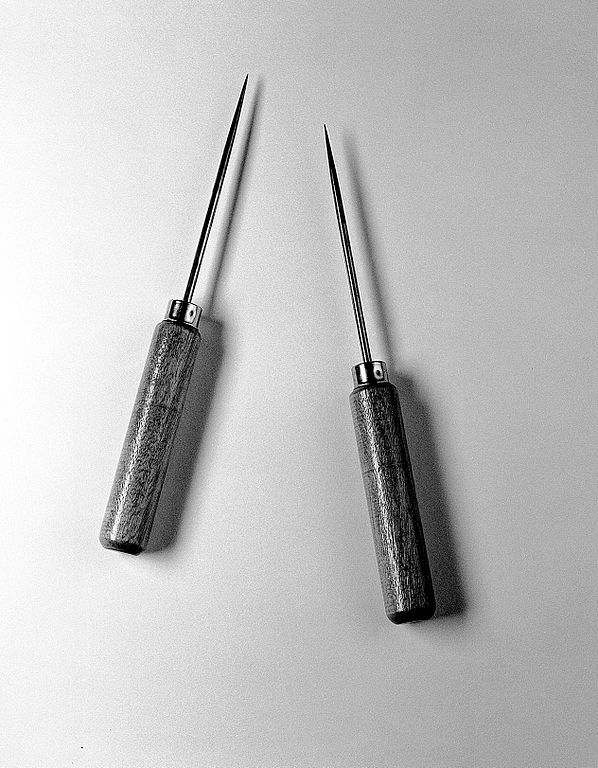 Dr. Walter Jackson Freeman II was a neurologist who was impressed with the idea of using brain surgery to alleviate the debilitating symptoms of mental illness. In 1936, he and neurosurgeon James Watts developed a surgical technique called the prefrontal lobotomy, in which neural connections were severed in the brain's prefrontal cortex. The surgery helped calm anxiety and reduce violence in some mental patients. Years later, they simplified the technique by going through the eye socket, using an ice pick to sever the nerves. Freeman went on a crusade to promote the new transorbital lobotomy, a surgery that could be done in ten minutes or so, and which he believed could be performed easily by non-surgeons like himself. He was so enthusiastic about the surgery that Watts left him.

Everything Freeman did was geared toward economy, speed, and publicity. In 1952 he performed 228 lobotomies in a two-week period for state hospitals of West Virginia; charging a mere $25 per operation, he worked without surgical mask or gloves. During marathon surgery sessions, he would often talk to journalists he’d invited in to promote his crusade, occasionally showboating with a “two-handed” technique, hammering picks into both eye sockets simultaneously. In 1951, one patient in an Iowa hospital died during the procedure when Freeman allowed himself to be distracted by a photo op for the press.

Despite the showboating, it eventually became evident that a lobotomy was not the cure-all that Freeman believed it to be. Read the story of the man who gave us lobotomies at Mental Floss.

American Experience made an excellent (albeit difficult to watch) documentary called "The Lobotomist" which goes into the topic in great detail. You have to admit it seemed like a laudable goal at the start... something that would pacify the most dangerous mental patients, back when there was absolutely nothing else available.

Early evidence was positive (though it quickly became "mixed" at best) and didn't immediately indicate the horrible downsides we associate the procedure with, now. It's fascinating and horrifying the gradual decent from "laudable" into abject evil, as his goals morphed into nothing more than money and his own ego. He (and state institutions) continued to ignore the horrors of the procedure long, long after they became undeniably clear to all, and did such incredible, unnecessary harm to such a large number of vulnerable people.
Abusive comment hidden. (Show it anyway.)
Login to comment.