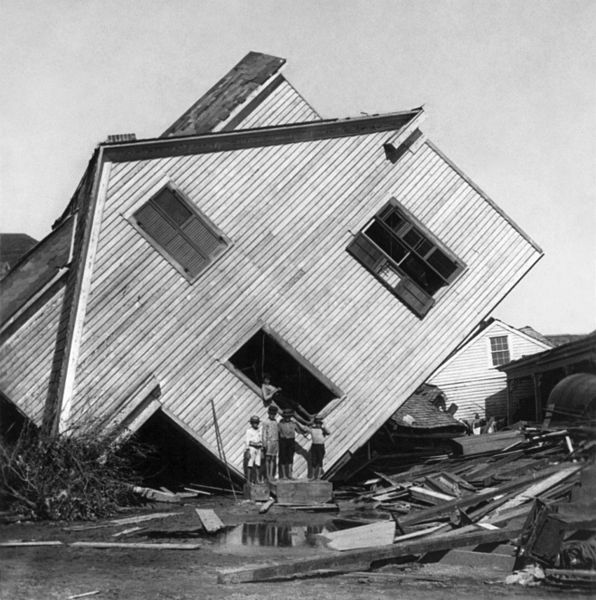 Neatorama is proud to bring you a guest post from history buff and Neatoramanaut WTM, who wishes to remain otherwise anonymous.

By September of 1900, the city of Galveston, Texas, was the center of maritime shipping on the Texas Gulf Coast and held a virtual monopoly on commerce of all kinds. One of its main streets, the Strand (Avenue B), was known as the Wall Street of the Southwest. Many millionaires lived in Galveston, having made their fortunes there. Life was good for practically everyone, wealthy or no, but that was about to change. 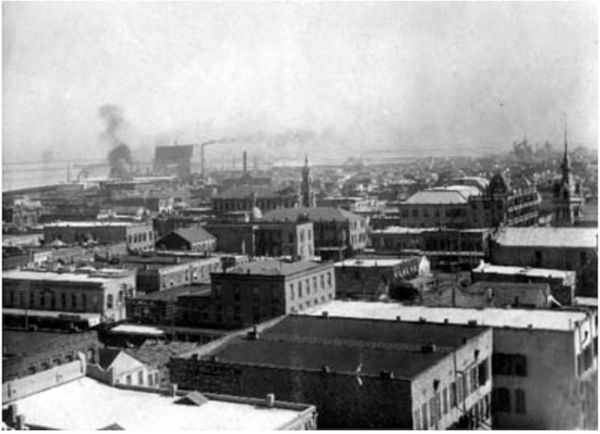 The morning of Saturday, September 8, 1900, was little different from any other late summer day in Galveston; it was hot and it was humid. The one significant difference was that the surf was unusually rough. Only a couple of men in the city of 36,000 realized from experience that the large breakers weren’t just waves, they were deep-ocean swells – the harbinger of an approaching hurricane.

One of these men was Dr. Isaac Cline, the Local Forecast Official (LFO) and head of what was then known as the Weather Bureau in Galveston. Though a competent and experienced meteorologist, Cline was convinced that he ‘knew’ natural science better than anyone, and this mindset was soon to have the severest of consequences for Galveston and its residents.

A Time of Hubris

The United States was, in 1900, a young giant of a nation flexing its muscles. It had just won the Spanish-American War and was suppressing the Boxer Rebellion in China.  Its technologies and infrastructure were growing at an exponential rate. Since 1876, eight states had been added to the Union, and so rapid and so pronounced were increases in its industrial and military might that many Canadian politicians admitted they “lived in fear and trembling” of the US. Basking in the glory of its having become a world superpower, the federal government felt that even nature itself posed no great obstacle.

As such, Isaac Cline, who relished being a very big frog in a small pond, had in 1891 delivered a public lecture in Galveston, wherein he stated, "It would be impossible for any cyclone to create a storm wave which could materially injure the city." Since Cline worked for the federal government and was also a medical doctor, the people of Galveston accepted his opinions as fact.

The unnamed 1900 storm began in late August in the Cape Verde Islands area west of Africa, where the most powerful Atlantic hurricanes are formed. It was the only hurricane in 1900, which meant that the Gulf waters would not have been roiled by other storms and cooled. The United States was at that time undergoing a severe heat wave, a persisting dome of high pressure having formed over most of the country, including the southeast into Florida. 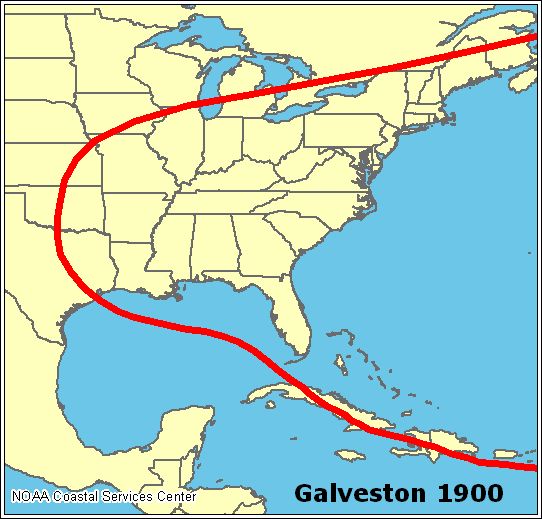 The 1900 storm drenched Cuba but was otherwise not particularly destructive. The Weather Bureau’s LFO in Havana publically stated that the storm was not a hurricane and, more importantly, reported to headquarters in Washington that the storm was moving to the northeast. It had always been assumed that hurricanes at that latitude would invariably ‘recurve’ northeastward out into the open Atlantic and, indeed, could not move in any other direction.

But once in the Florida Strait north of Cuba, the 1900 storm underwent a phenomenon known as explosive deepening, whereby the storm would, within the space of 24 hours, grow into a Category 4 monster due to the warm Gulf waters. Still trying to move generally northward from Cuba, the storm bumped westward along the impenetrable dome of high pressure, and this event soon put it on a NW course directly toward Galveston. It was the worst possible circumstance for Galveston, for now the hurricane was heading perpendicular toward Galveston Island, and the eye of the storm was going to pass south of the city, thus placing the city in the path of its right front quadrant, the most powerful and ‘dirty side’ of a hurricane in the Northern Hemisphere.

The Weather Bureau soon realized their mistake and reforecast that the storm would turn northwest; however, they initially predicted a landfall somewhat to the east of Galveston Island.  Unfortunately, by 1900, Galvestonians had developed a cavalier attitude toward all tropical weather systems, having experienced other, weaker hurricanes in 1875 and 1886 that did little damage. Jokingly referring to them as “big blows”, Galvestonians simply didn’t take storm warnings seriously, even though the Weather Bureau had issued a tropical storm advisory the day before the storm struck and a hurricane advisory that Saturday morning.

The end was soon in coming. The storm began making landfall late Saturday morning and the first fatalities occurred downtown around noon. The high point in the city was less than 10 feet above sea level, and the storm surge was 17 feet, effectively submerging the entire island by at least 7 feet. Cut off from the mainland due to the destruction of the only bridges, citizens could only await their fate as landfall progressed, the storm finally passing the island late Saturday night with estimated 135 mph winds. At least 6,000, possibly as many as 12,000, and most probably around 8,000 lay dead, among them Isaac Cline’s pregnant wife. Many, including entire families, just simply disappeared. 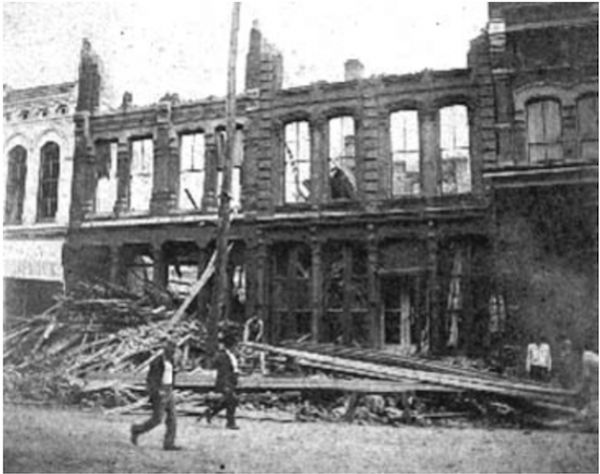 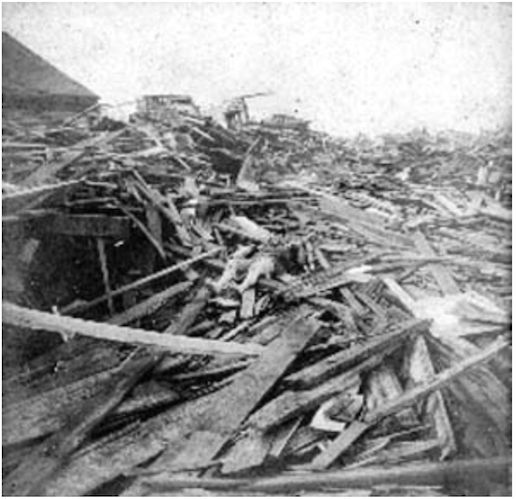 The local and federal governments were quick to react to the disaster. The Army sent tents, food, and soldiers. Martial law was declared, and roving bands of militia patrolled the city. Looters and despoilers of the dead were shot on sight.

The immediate problem was what to do with so many bodies. By Sunday morning, the stench of decomposition was overwhelming. The number of dead was far too great for burial on land, and so burial at sea was attempted, unsuccessfully. That left only cremation, and funeral pyres burned for weeks all over Galveston. 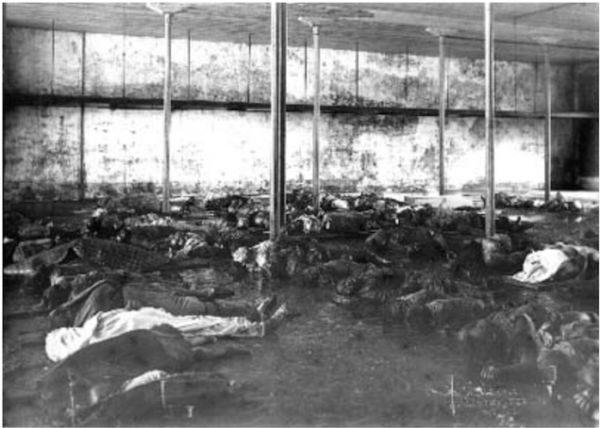 Even though the construction of a seawall had been contemplated after the 1886 hurricane, Isaac Cline’s 1891 lecture quashed any further pursuit. After this hurricane, though, Galveston did finally build a seawall, in increments, 17 feet high to match its storm surge, and raised the grade of the city inside the seawall by as much as 15 feet, initially using 11 million cubic yards of dredge sand. 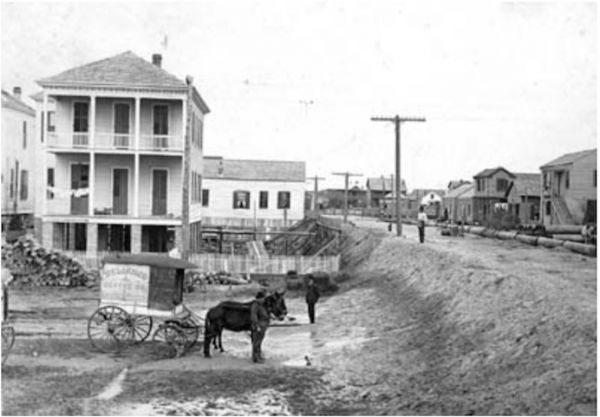 Soon, however, Galvestonians learned that life would never again be the same. Up to the time of the 1900 storm, the nearby City of Houston had quietly been developing a deep-water port and ship channel and it was finished soon afterwards. Thus, Galveston’s monopoly on maritime commerce was broken, and its reputation as the “Octopus of the Gulf”, due to its exorbitant wharfage fees, ensured that it would never again command significant market share. The final nail in the city’s coffin was the arrival of Spindletop, the huge oil strike near Beaumont, in 1901. Due to the local geography and convenient location of major rail lines, its wealth showered down on Houston, not Galveston, and Galveston soon became little more than a beach town for the Houston Metropolitan Area, fueled by little else other than tourism and vice. 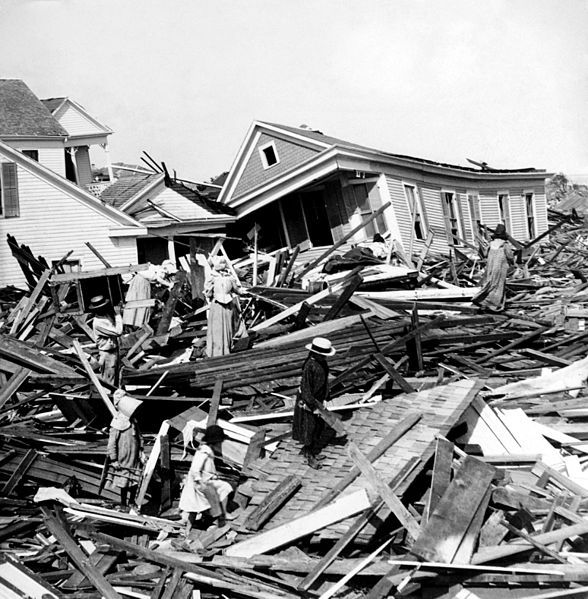 Even after more than a century of hurricane events, Galveston has really learned nothing from its experiences. It never occurred to the city fathers that a storm more powerful than the 1900 storm might someday hit. This illusion was dispelled in 2008, when Hurricane Ike came calling with a storm surge of almost 23 feet. Thus, in spite of the seawall and grade-raising, downtown Galveston once again found itself under 10 feet of seawater.

Since another round of seawall construction and grade elevating is out of the question, proposed in their place are seagates at the east and west ends of the island, to be used to isolate Galveston Island entirely from the Gulf of Mexico. Even if technically feasible, a preliminary estimate of their cost exceeds the value of Galveston Island and everything on it.

At the west end of the island, outside the protection of the seawall and elevated grade, there stand today rows of multimillion dollar homes within 150 feet of the water. Hubris has returned, if it even ever left, and each summer Galvestonians look nervously to the southeast, wondering if this year will be the Year Of The Storm.

Another monster storm will someday strike Galveston; it’s just a matter of when.