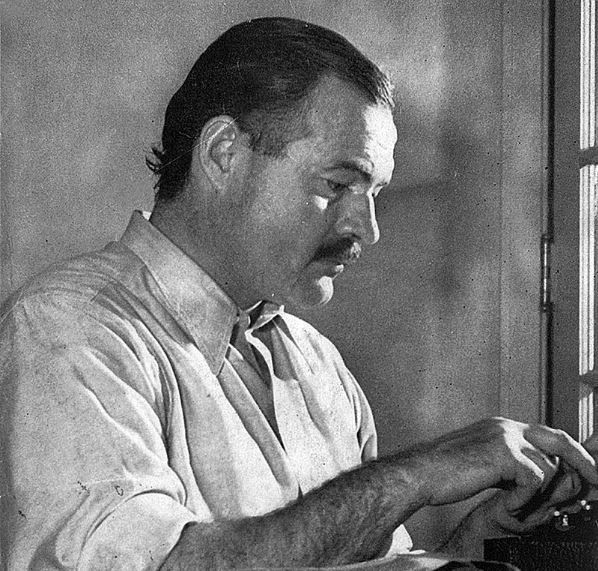 There is little dispute that Ernest "Papa" Hemingway is one of the most famous, beloved and influential writers in history.

Quite the resume, but as amazing a writer as he was, Hemingway was equally amazing (if not more so) as a man. His life was so incredibly bizarre, maybe only such an incredible writer could ever have authored it. Okay,  here are a few facts about Ernest Hemingway:

1. His mother, Grace, was the domineering type. She wanted a daughter, not a son. To placate herself after Ernest was born, she would dress him up in pink, flowery dresses and call him "Ernestine".

2. He started hunting early. At the age of three, he killed a porcupine, at his father's behest. He finished the job by eating it. 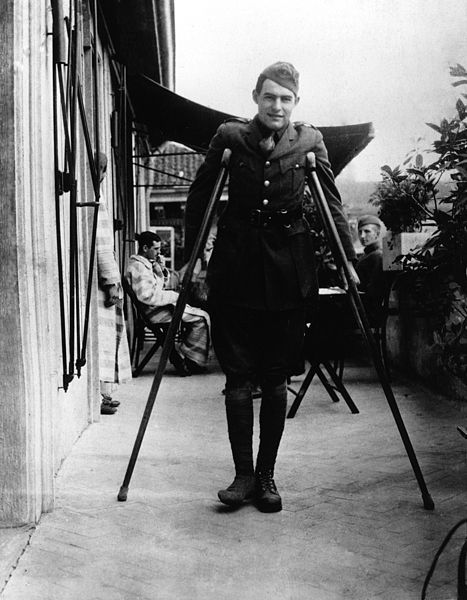 3. His mother kept him out of school for a year- to study playing the cello. Did it work? According to Hemingway: "That cello- I played it worse than anyone on earth."

4. He joined the Ambulance Corps in World War I and worked as an ambulance driver on the Italian front, picking up human remains. In July 1918, he was seriously wounded by a mortar shell which left shrapnel in both his legs, causing him much pain and requiring several surgeries. He was awarded the Silver Medal of Valor from the Italians.

5. Hemingway participated in the Spanish Civil War and took part in the D-Day landings during the invasion of France during World War II. In one instance, he threw three hand grenades into a bunker, killing several SS officers. He was decorated with the Bronze Star for his actions.

6. It is estimated he left behind over 8,000 personal and business letters. Plans have been announced underway to publish them in a set exceeding ten volumes.

7. Hemingway was the grandfather to two famous actresses, Mariel Hemingway and Margeux Hemingway. Sadly, Margeux committed suicide in 1996, like her grandfather Ernest and her great-grandfather (Ernest's dad). Also, two of Ernest's siblings, Ursula and Leicester died by their own hand.8. He was married four times and dedicated a book to each wife during the time he was married to them.

9. He loved polydactyl cats (cats having six or more toes on each food, instead of the usual five). His first was named "Snowball." He became so fascinated and enamored by the six-toed felines, he eventually had 50 roaming around his home in Key West. Polydactyl cats are now so identified with him, they are now commonly referred to as "Hemingway cats." 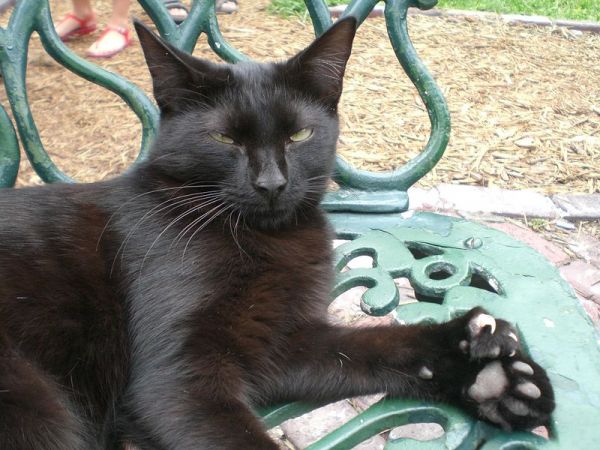 10. While vacationing in Africa, he survived two plane crashes in the span of two days. In one instance, his plane caught fire on the runway. With the plane door jammed closed, he used his head as a battering ram and butted it open.

Because of these two brushes with death, Hemingway had the opportunity to read his own obituary. A few days later, he was also injured in a brush fire. 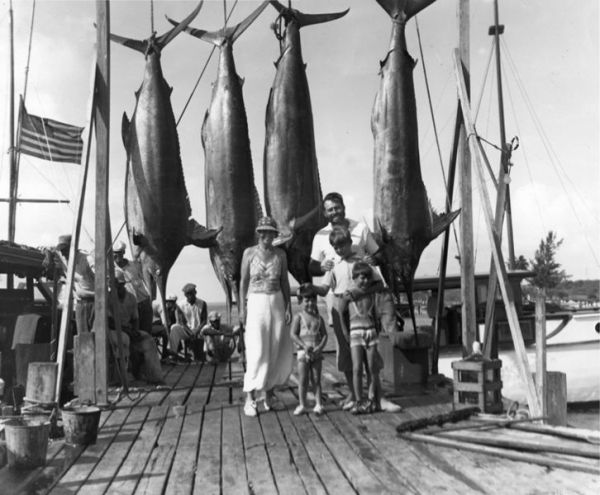 11. Hemingway was an expert fisherman. He used to machine gun sharks to keep them from eating his catch. In 1938, he set a world record by catching seven marlins in one day. He was the first person to ever boat a giant tuna in an undamaged state.

12. Unlike other writers, he preferred to work standing up. He spent hours and hours at a time on his feet. He moved only to shift his weight from one leg to the other.

14. Just after finishing For Whom the Bell Tolls, he went out with his third wife and two kids and killed 400 jack rabbits in a day.

15. He once got into a fist fight with Orson Welles. It happened in a theater, where Welles was narrating a film for Hemingway, but in a snide, sarcastic way. Hemingway got upset, and the two started swinging away (but mostly missing) at each other.

Finally, the two stopped their fight and burst out laughing together. They became lifelong friends after this incident.

16. He once stole a urinal out of his favorite bar and moved it to his Key West home. He reasoned that, "I pissed away so much of my money in that urinal that I own it." 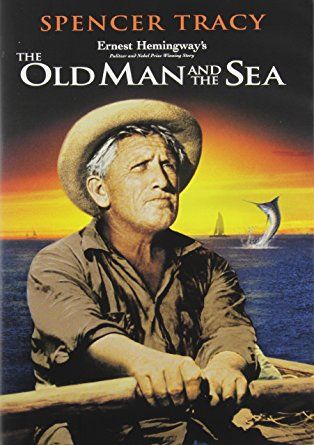 18. Unlike many other authors, Hemingway refused to write for movies. He did not, however, object to his works being put on film.

He disliked the screen version of The Old Man and the Sea (1958); after seeing it he was very disappointed. He expressed disdain for Spencer Tracy's performance in the film, saying Tracy looked less like a Cuban fisherman and more like the rich, old actor he was. (Tracy was nominated for an Academy Award for his performance.)

19. Although never used, his suggested epitaph was "Pardon me for not getting up."

20. Hemingway suffered from severe depression during his life. He called his attacks of depression his "black dog days."

He received electro-convulsive shock treatment as many as 15 times in December 1960, trying to find relief. Sadly, this "treatment" caused him to lose his memory. It was this, he confided to at least one friend, which made him decide to commit suicide.

21. His favorite meal was a New York strip steak, a baked potato, Caesar salad and a glass of Bordeaux. On July 2, 1961, this was the meal Hemingway consumed before he took his favorite shotgun and ended his life. His father had used this same method to take his life several decades previously.

22. Hemingway's last words were; "Goodnight my kitten" (said to his wife Mary).