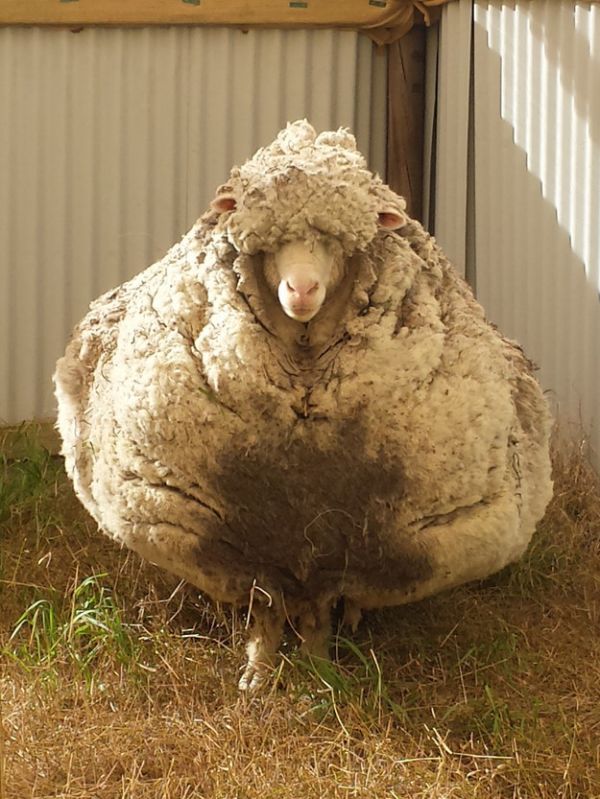 Sightings of a lone sheep in Australia were reported to the RSPCA, and a crew from the agency captured it Tuesday. Chris, as they named him, is a Merino sheep that had gone unshorn for at least five years. A team of five volunteer sheep shearers, including national champion Ian Elkins, worked for 40 minutes to remove 89 pounds of wool! See if you can find Chris among all that the wool in this picture. 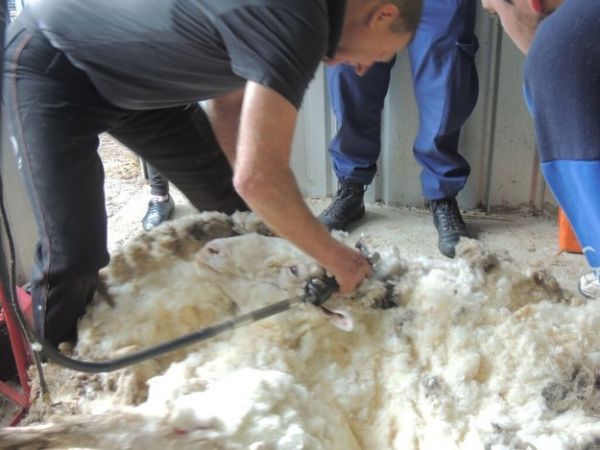 Now Chris is 89 pounds lighter and has a world record for the most wool removed from a sheep in one shearing. Buzzfeed has the complete story with plenty of pictures.