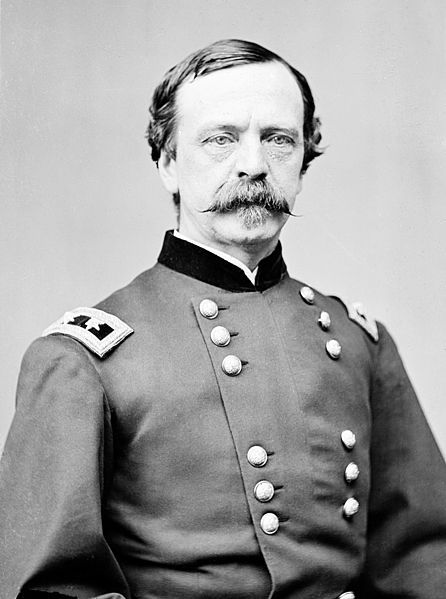 I thought the insanity defense was a relatively new thing. I mean, maybe it began in the 1940's or possibly the '30’s, what with all the psychobabble around in those times. But no. It was actually much earlier.

It all started with a guy named Dan Sickles.

Dan Sickles (1819-1914) was also a congressman who was known for a number of things. As a union general in the Civil War. As a U.S. minister to Spain. For being censured by the New York State Assembly for escorting Fanny White, a known prostitute, into its chambers.

And, not the least, for being the first person to use temporary insanity as a legal defense.

In 1859, Sickles was accused of murdering his wife's paramour, Phillip Barton Key. (Phillip was the son of Francis Scott Key- composer of “The Star Spangled Banner.") After the murder, Sickles confessed and surrendered himself to Attorney General Jeremiah Black at Black's home. 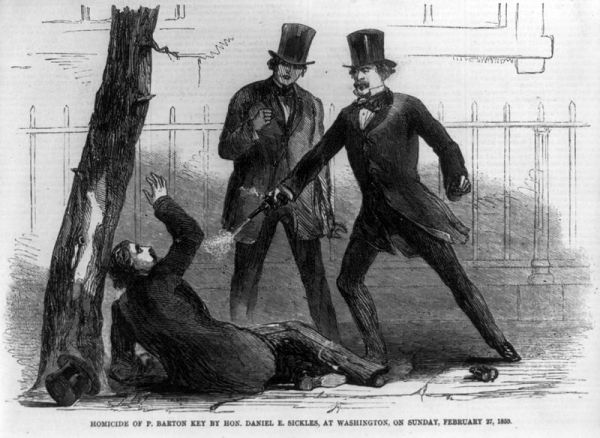 Sickles' stay in jail was quite unusual. All of Washington society turned out to visit him. Senators and congressmen came in and wished Sickles well. President James Buchanan did not personally visit, but he sent Sickles a personal note.

So many people came to see Sickles, he was given use of the head jailer's apartment to welcome them. Also, even more incredibly, Sickles was allowed to keep possession of his personal weapon while in jail! 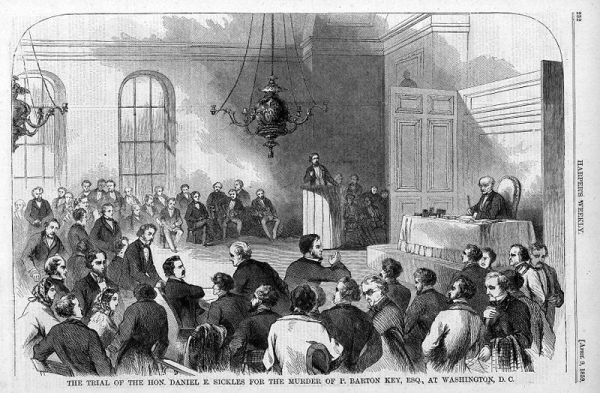 Although he confessed to the murder, at his trial, Sickles' lawyer claimed Sickles was driven insane by his wife's infidelity. The newspapers declared that Sickles was actually "protecting" other innocent women from the evil lustfulness of Key.

Apparently, the jury swallowed it- hook, line and sinker. Sickles was acquitted. And a legal precedent of specious value entered our legal tomes of jurisprudence.

Sickles went on to win the Congressional Medal of Honor for his acts of bravery during the Civil War- for the fact that he got one of his legs blown off during the battle of Gettysburg. He served as sheriff in New York in 1890. 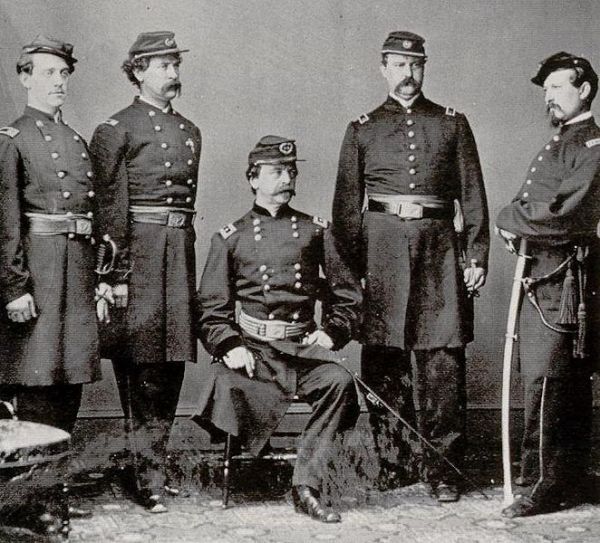 Ah, Dan Sickles... he that almost lost the battle of Gettysburg. One of his legs is still in the Mutter, I believe. Honorable, indeed!
Abusive comment hidden. (Show it anyway.)
Login to comment.