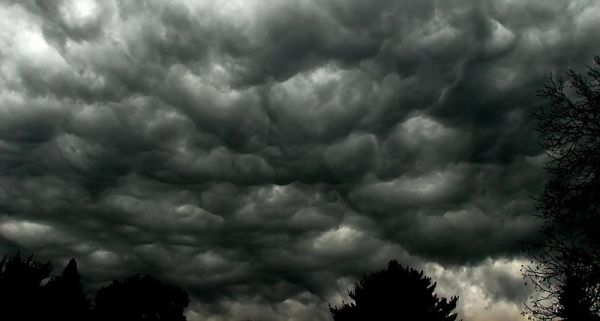 In March of 1876 in Bath County, Kentucky, pieces of meat started falling from the sky. Not just a little bit, but enough to have all the neighbors gathering to figure out what happened. The meat was dropped over an area 100 yards long and 50 yards wide.

The shower drew plenty of attention, and curious neighbors and newspaper reporters flocked to the Crouchs’ farm to see the mystery meat and offer their opinions on it. Many locals said it looked like beef, but one neighbor who was a hunter, “on being shown a piece of the flesh, declared it to be bear meat, and stated that it had ‘that uncommonly greasy feel’ peculiar to the flesh of that animal.”

Others took it upon themselves to taste it, and two men said it was “either mutton or venison.” A local butcher who tried a piece “declared that it tasted neither like flesh, fish or fowl. It looked to him like mutton, but the smell was a new one.”

With no one able to identify the meat by sight or taste, the St. Louis Globe-Democrat reported, “a great deal of the flesh was sent to chemists and others in various parts of the country, and analyses were made by several well-known scientists.”

The scientists came up with several possibilities, but the most likely explanation is one you won’t want to read while eating. The rest of the story is at mental_floss.