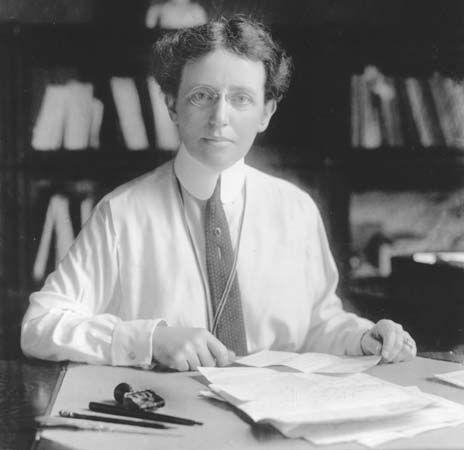 The following is an article from the book Uncle John's Supremely Satisfying Bathroom Reader. Illustrations by Kate Beaton of Hark! A Vagrant.

Of all of the incredible women we've ever read about, Dr. Sara Josephine Baker is one of the most incredible. Her accomplishments are astounding, especially when you consider the time in which she lived. Next time you think one person can't make a difference, remember Dr. Baker.

Sara Josephine Baker was born to a life of privilege in Poughkeepsie, New York, in 1873. In those days there were no water treatment plants or indoor plumbing -people pulled their drinking water right out of the Hudson River. Unfortunately, the Baker family lived downstream from a hospital that discharged its waste right into the same river. The hospital treated people suffering from typhoid fever -and the germs went straight into the water. Baker's father and younger brother both contracted the disease and died when she was 16 years old.

Although the family was left with no income and small savings, Baker announced that she wanted to go to college to become a doctor, so that she could combat diseases like typhoid. But not many women became doctors in those days. Nevertheless, the young woman insisted, and her mother finally agreed.

In 1900, after graduating from the Women's Medical College of the New York Infirmary and completing her internship, Baker hung out her shingle in New York City. THe next year, she took the civil service exam and scored very high -high enough to qualify for the job of medical inspector for the Department of Health. 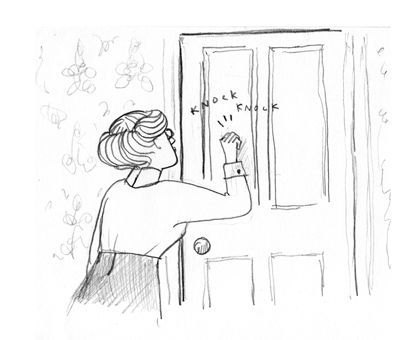 Perhaps because she was a woman, she was given the worst assignment of all: reducing the death rate in Hell's Kitchen -one of the worst slums in New York. But among rat-infested buildings crammed with poverty-stricken immigrants, Dr. Baker found her calling. She went from tenement to tenement, searching for people with infectious diseases.

She said, "I climbed stair after stair, knocked on door after door, met drunk after drunk, filthy mother after filthy mother, and dying baby after dying baby." Every week, more than 4,500 people in this district died from cholera, dysentery, smallpox, typhoid, and other illnesses, fully a third of them newborn babies. Dr. Baker rolled up her sleeves and went to work.

Focusing on the infant mortality rate, Baker led a team of nurses who went door to door teaching mothers the value of nutrition, cleanliness, and ventilation. She set up milk stations where free pasteurized milk was given away; she standardized inspections of schoolchildren for contagious diseases; she insisted each school needed its own doctor and nurse; she set up a system for licensing midwives; she invented a simple baby formula that mothers could mix up at home; and she devised a widespread club for young girls to teach them how to properly babysit their younger siblings. In short, she set up a comprehensive health care program for the prevention of disease in children. Her goal: Prevent disease rather than treating it after it occurred.

Baker found that babies wrapped in cumbersome clothing were dying of the oppressive heat or from accidental suffocation. So she designed baby clothing that was light, roomy, comfortable, and opened down the front. This clothing became so popular so quickly that McCall's Pattern Company bought the design, playing Baker a penny royalty for each one sold. The Metropolitan Life Insurance Company ordered 20,000 copies of the pattern and distributed them to policy holders.

She found that babies routinely received silver nitrate eyedrops to prevent blindness from gonorrhea. But bottles of the solution often became contaminated, or they evaporated so that the concentration of silver nitrate was at a dangerous level, thus causing the blindness that it was intended to prevent.  Baker invented a foolproof sanitary solution: beeswax capsules, each containing enough solution for one eye. The capsules could not become contaminated and the drops inside could not evaporate. The method was soon being used around the world, and the rate of blindness in babies plummeted.

After finding that orphanages had a high rate of infant deaths, Baker became on of the first people to theorize that babies who received no cuddling and cooing simply died of loneliness. After a plan was followed to place orphaned infants with foster mothers, the death rate dropped.

Because of Baker's efforts, the city created the Division of Child Hygiene in 1908 and appointed her the chief. Within 15 years, New York City had the lowest infant mortality rate of any city in the United States or Europe. An astounding statistic: It's estimated that from 1908, when she went to work for the new division, to 1923, when she left, she saved some 82,000 lives.

Dr. Baker was without a doubt the leading expert of the time on children's health. In 1916 the dean of the New York University Medical School asked her to lecture the students on the subject. She agreed, on one condition -that he allow her to enroll and attend classes. He refused; women weren't allowed at his college. So she told him to find someone else. But there wasn't anyone who knew as much as Baker did. He finally gave in, and because he allowed her to attend the college, he had to open the campus to other women as well. In 1917 she became the first woman to receive a doctorate in public health from the school.

World War I strained the U.S. economy, and the poor got poorer. Baker pointed out to a reporter for The New York Times that American soldiers were dying at the rate of 4%, while babies in the United States were dying at a rate of 12%, making it safer to be in the trenches of France than to be born in the USA. Because of the publicity this generated, she was able to start a citywide school lunch program for older children, which became a model for the world.

Suddenly, Dr. Baker was in high demand. An international charity asked her to take care of war refugees in France. London offered her the job of health director for their public school system. But she turned the offers down and was appointed Assistant Surgeon General of the United States, the first woman ever to receive a federal government position.

What else did this amazing woman accomplish? Following her retirement in 1923:

* She represented the United States on the Health Committee of the League of Nations, as the first woman to be a professional representative to the League.

* She oversaw creation of the Federal Children's Bureau and Public Health Services, which evolved into the Department of Health and Human Services.

* She helped establish child hygiene departments in every state in the union.

* She served as a member of over 25 medical societies.

* She was a consultant to the New York State Department of Health.

* She served as president of the American Medical Women's Association.

* She wrote over 250 articles and five books, including her autobiography in 1939.

Dr. Baker's enduring legacy: by the time she died in 1945, over half of the babies born each year in New York City were cared for at the health stations she established.

See more of Kate Beaton's artwork at Hark! A Vagrant. 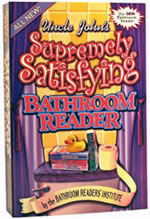 The article above is reprinted with permission from Uncle John's Supremely Satisfying Bathroom Reader.