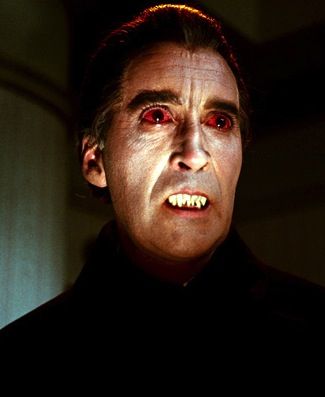 Laypeople, many of whom are laypersons, mistakenly think that medical researchers care only about real people and their diseases. Not so. Maladies of fictional characters are the focus of a large body of medical literature. Of course, one expects some analysis of the maladies of Lear, Don Quixote, Medea, and other figures of classic tragedy. The surprise is that articles about characters in light, popular fiction are also numerous. These imaginary personalities include the denizens of fairy tales, nursery rhymes, novels, comic strips and comic books. Their physical, psychological and psychosomatic afflictions have all received the clinicians’ careful ministrations. Here is a small sample of the researchers’ earnest solicitude.

All the references below appeared as authentic articles in respected journals. Despite their sensational associations, the articles (at least, those which I have been able to get copies of and read) are all carefully researched, soberly written, and rewarding to study. The articles are listed, below, alphabetically by character.

In-Depth Analysis
Intentionally not included here are the case studies which use fictional characters simply to designate a syndrome observed among real patients. For example, “Rapunzel syndrome” describes a gastric complication characteristically found in girls. “Alice in Wonderland syndrome” is a manifestation of acute Epstein-Barr virus infection. The “Mickey Mouse sign,” “Snow White syndrome,” and “Pinocchio’s nose” are just a few of the medical terms derived from the realm of literature and applied to real patient classes. There are other journal articles, also not mentioned here, that use storybook names simply to characterize some medical procedure or process; Cinderella and Humpty Dumpty, to name a pair, are common labels in journal articles. 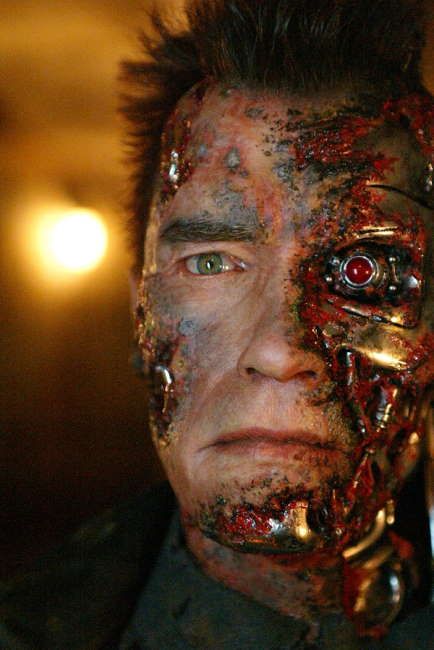 Heavies and Lightweights
The characters chronicled below can be divided into two categories: (a) horror figures (such as Dracula, Wolfman, the Terminator, Darth Vader, and Frankenstein’s monster), and (b) lighter figures (all the rest). Of the articles below about horror figures, four principally treat their psychological conditions, and one treats a physical condition. For articles on lighter characters, the ratio is 42 articles about the characters’ psychological health to 12 concerning physical conditions. Chi-square analysis confirms that the two ratios do not differ with any statistical significance. So, at least in the medical literature, Dracula, Frankenstein’s monster, and their horror-genre compatriots are no more mentally conflicted than their comic counterparts.

1. The reported conditions of imaginary celebrities are, most of them, psychological. This flies in the face of common sense. Most fictional characters face none of the existential angst of real life, so they should have fewer psychological problems than real people, not more.

2. It is especially worrisome that we find serious medical conditions in characters from light fiction. One would expect neuroses and psychoses in Lear, Othello, the Brothers Karamazov, and other denizens of dramatic literature. But Snow White, Peter Pan, the Little Mermaid, and the other subjects of the articles listed below should be untroubled by such mental burdens. After all, they live in a fairy-tale world.

3. Instead, the distribution of articles may reveal an alarming imbalance in medical care. Perhaps the physical problems of fictional characters are being undertreated. Perhaps that’s because in storybook land, only psychological problems are covered by health insurance.

4. The most alarming question is: with all the expert medical attention that they have received, why haven’t any of the imaginary characters been cured yet? Every time we read about them, their psychological and medical problems are essentially unchanged. 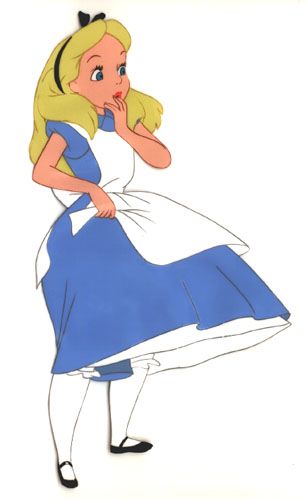 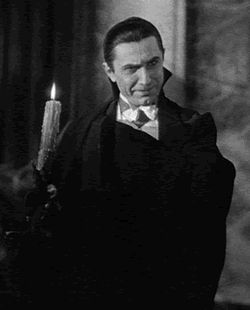 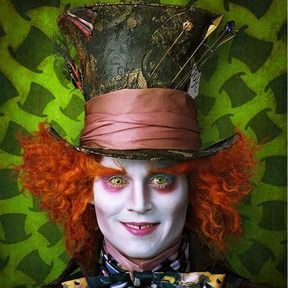 “Hercules and Superman: The Modern-Day Mythology of the Comic Book: Some Clinical Applications,” E. Caruth, Journal of the American Academy of Child Psychiatry, vol. 7, no. 1, January 1968, pp. 1-12.

“The Little Mermaid: An Icon of Woman’s Condition in Patriarchy, and the Human Condition of Castration,” E. Tseelon, International Journal of Psychoanalysis, vol. 76, no. 5, October 1995, pp. 1017-30. 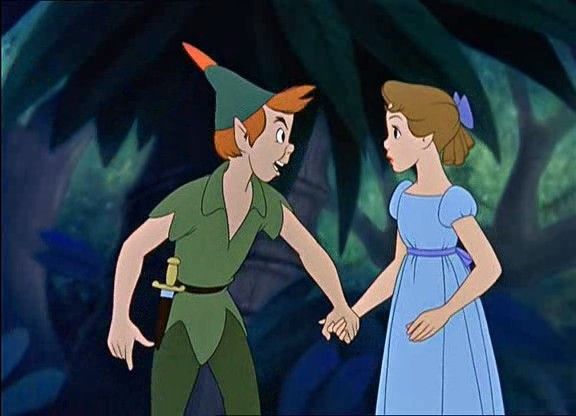 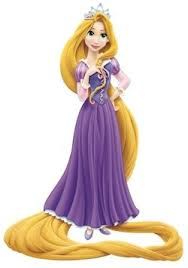 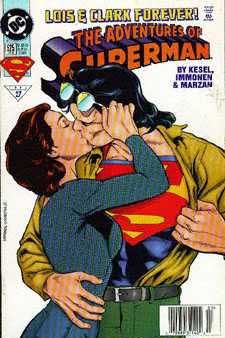 “Thoughts on the History of the Origin of the Hippie Based on an Analysis of the Struwwelpeter,” N. Schneemann, Zeitschrift fuer Psychotherapie und Medizinische Psychologie, vol. 20, no. 6, November 1970, pp. 213-23. [article in German]

T
“Tyrannical Omnipotence in the Archetypal Father,” W. Colman, Journal of Analytic Psychology, vol. 45, no. 4, October 2000, pp. 521-39. (The authors report that “The Chronos myth is amplified through the use of two modern variants in the films The Terminator and Star Wars.”) 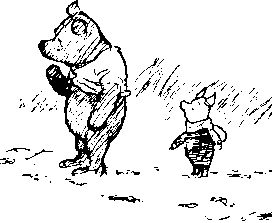 “The Wolf Phobia in the Fairy Tale of the Wolf and the Seven Little Lambs: Development and Meaning of a Type of Anxiety Neurotic-Phobic State,” R. Plassmann, Psyche, vol. 37, no. 9, September 1983, pp. 841-6. [article in German]

“The Psychology of a Nursery Rhyme,” T. Mintz, American Imago, vol. 23, no. 1, Spring 1966 , pp. 22-47. (The author explains that “the progression in the rhyme [‘One, two, buckle my shoe’] is obvious: birth; separation from the breast; interest in pregnancy and parental sexual activities; awareness of the penis and its erections; intercourse.”)

“Pearls and Pitfalls in the Horror Cinema,” R.M. Pascuzzi, Seminars in Neurology, vol. 18, no. 2, 1998, pp. 267-73. (“Count Dracula, Wolfman, and Frankenstein’s monster ...illustrate a variety of pearls in the diagnosis of a variety of neurologic disorders.”)

Addendum
Although it is slightly off topic, some readers may recall a famous passage from the medical literature, concerning the cartoon character Popeye:

German chemists reinvestigating the iron content of spinach had shown in the 1930s that the original workers had put the decimal point in the wrong place and made a tenfold overestimate of its value. Spinach is no better for you than cabbage, Brussels sprouts, or broccoli. For a source of iron Popeye would have been better off chewing the can. 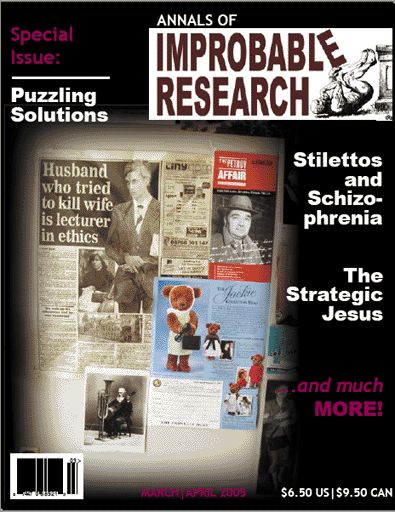 This article is republished with permission from the March-April 2005 issue of the Annals of Improbable Research. You can download or purchase back issues of the magazine, or subscribe to receive future issues. Or get a subscription for someone as a gift!

Visit their website for more research that makes people LAUGH and then THINK.