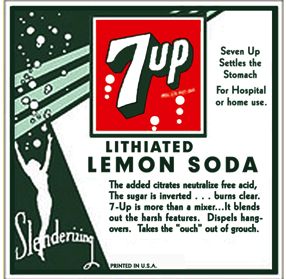 What is the "7" in 7UP? We'll never know for sure. The soft drink's creator, Charles Leiper Grigg, went to the grave without ever revealing where he got the name. But there several interesting rumors regarding its origin.

When Grigg introduced his drink in October 1929, it had neither a "7" nor an "UP" in its name. He called it "Bib-label Lithiated Lemon-lime Soda." Imagine trying to order that bad boy from a Taco Bell drive-through! Bib-label Lithiated Lemon-lime Soda is perhaps the single worst name for a soft drink in soda history. How did he come up with this extraordinarily crummy name?

"Bib-label" referred to the use of paper labels that were placed on plain bottles. The "Lithiated" related to the mind-altering drug lithium. No kidding.

Besides having a very bizarre name, Grigg's concoction hit stores just two weeks before the 1929 stock market crash. It also faced competition from about 600 other lemon-lime sodas. Despite all of these daunting factors, the new drink actually sold pretty well. Chalk it up to the cool, refreshing taste of lithium. 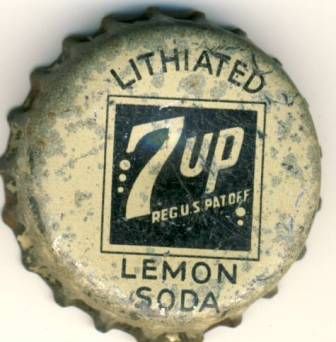 But even with its success, Griggs soon realized that Bib-label Lithiated Lemon-lime Soda was a little tricky to remember (you think?) or maybe he just got sick of saying it himself. Griggs changed the name of his drink to "7UP."

Here's the most persuasive (and logical) explanation for the name: The "7" refers to the drink's seven ingredients, and the "UP" has to do with the soda's rising bubbles. This version is supported by an early 7UP tagline: "Seven natural flavors blended into a savory, flavory drink with a real wallop."

Of course, it's entirely possible that as executives devised the ingredients angle to fit the name rather than vice-versa. There are other possible origins, but these theories range from the unlikely to the preposterous. These include:

* Griggs saw a cattle brand that looked like 7UP.

* Griggs was rooting for a seven in a game of craps he was playing in . 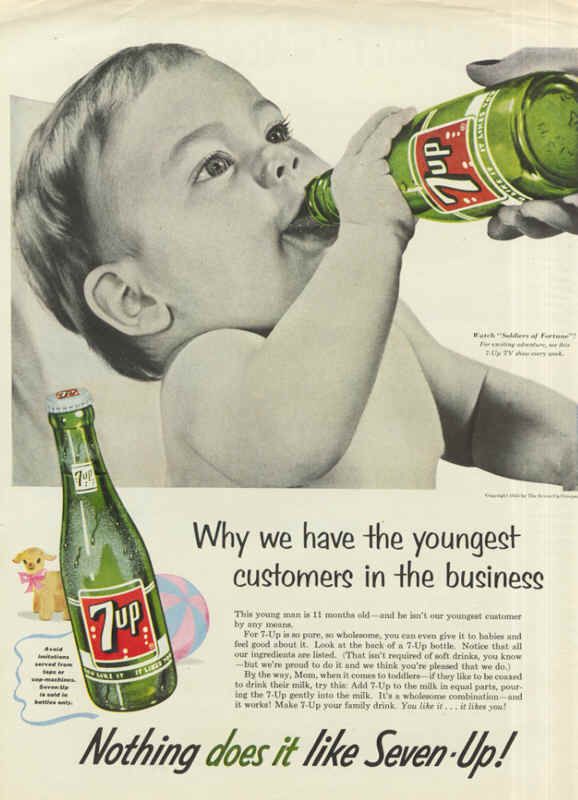 It's quite possible that the "7" refers to nothing at all -Griggs may have simply devised the name to stir up people's interest. In any case, the new name seemed to work okay.

But 1940, 7UP had become the third most popular and best-selling drink in the world. And even when the delicious lithium was dropped from the recipe in 1950, the drink remained a hit.

Is 7UP an aphrodisiac? Remember Wilt Chamberlain, the great basketball player who claimed he had made love to 20,000 women in his lifetime? Well, Wilt the Stilt's favorite drink was 7UP. According to Wilt, "I used to drink the stuff all the time."