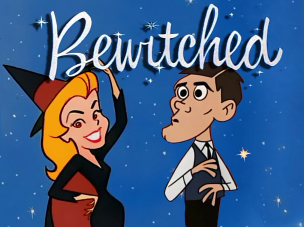 Bewitched was an American television series that ran from 1964 to 1972. The premise was that a witch (Samantha Stephens) married an advertising executive (Darrin Stephens), but in order to blend in with "mortals", Samantha had to keep her supernatural powers secret. However, neither she nor Darrin could control her wacky relatives -particularly Samantha's magically meddling mother Endora! In most episodes their cover was nearly blown, but the couple explained away the most ridiculous situations as a "demonstration" of a creative new advertising campaign.

1. The biggest controversy on Bewitched was the sudden switch in Darrins. Dick York played Darrin from 1964 to 1969, when Dick Sargent slipped into the role with no explanation. Dick York had suffered a back injury while filming a movie in 1959. Continued pain left him addicted to prescription painkillers, which damaged his health as years went by. By 1969, he was suffering blackouts on the set. In January York was rushed from the set to the hospital and never returned to Bewitched. After he left the show, he was flat on his back for a year. York also suffered financial losses from bad investments and he and his wife cleaned houses for a living at one point. By 1980 he kicked the drugs and began acting again. York died of emphysema in 1992. 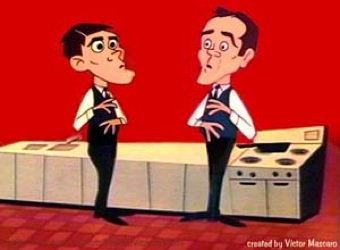 2. Ratings for Bewitched fell in its final three years, which many blamed on the Darrin switch. It wasn't Dick Sargent's fault; people just didn't like the change from a more familiar face. In fact, Dick Sargent could have very well been the original Darrin! He auditioned for the show in 1964 and was actually offered the job, even before Elizabeth Montgomery was cast as Samantha. However, he had to decline as he was under contract to Universal Studios, which wanted him for the series Broadside.

3. A few new phrases were born from Bewitched. Darrin Syndrome is the term for replacing the actor of a main character with no explanation. This situation is sometimes called The Other Darrin. It happens a lot, but in the case of the character Becky in the series Roseanne, there were constant jokes about the switch. In one episode, the family watched Bewitched on TV and actress Sarah Chalke (the second Becky) remarked that she preferred the second Darrin. Of course.

4. Darrin was not the only character played by two actors in Bewitched. Among others, the neighbor Gladys Kravitz was portrayed by Alice Pearce at first, then by Sandra Gould. However, Gladys Kravitz Syndrome has nothing to do with TV casting. It's a term used when people are just too nosy about the lives of their neighbors.

5. The characters on Bewitched drank so much alcohol that a fan website created a database of the drinking incidents with locations and episode numbers. 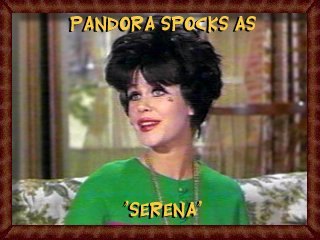 6. Elizabeth Montgomery, who played Samantha, also played her deliciously mischievous cousin Serena in several episodes. She was not credited for the role, as producers figured it would be obvious. The role was credited to "Pandora Spocks", who didn't exist but received fan mail from viewers who didn't get the joke. Spocks eventually received her own biography from a fan site. 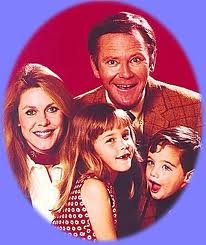 9. In the last year of the series, Bewitched was cursed with terrible time slots. Already showing its age, the series' ratings fell faster than ever in 1971-72 when it was scheduled against the very popular Carol Burnett Show and then moved opposite the powerhouse series All in the Family.

10. Elizabeth Montgomery cherished her privacy, and felt no need to make her vital statistics public. When she died in 1995, her age was published as 57, although she was actually 62. She had married Robert Foxworth a couple of years before her death, but few knew about it, so some obituaries said she was single. Her death certificate said "Elizabeth A. Montgomery", but her actual middle name was Victoria.