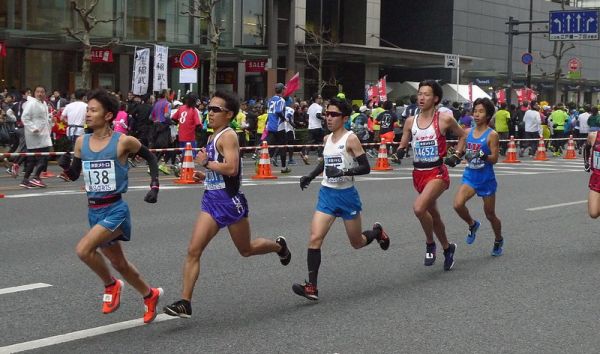 With the 2020 Olympics beginning this weekend in Tokyo, all eyes are on the elite athletes of the world. From gymnastics to weightlifting, from the 100-meter dash to equestrian events, the eyes of the world will be on the amazing feats of the human body. How in the world did we ever develop such abilities? You might say, practice and more practice, but looking back into the evolution of human abilities, we find that such skills came along before we were ever Homo sapiens. Archaeologist Anna Goldfield explains what we know about how those abilities came about. Walking upright made us into runners, but it's hardly the only athletic skill we have that differs from other animals.

While the bottom half of our body has evolved away from an arboreal lifestyle, our upper body still retains traits that we inherited from tree-dwellers. Our glenohumeral joint, the ball-and-socket connection between our upper arm and scapula, allows us to swing our arms around in a full rotation. This is a very different type of mobility from that of quadruped animals that don’t swing in trees—a dog or cat’s front legs, for example, primarily swing back and forth and couldn’t perform a butterfly swim stroke. We, on the other hand, can.

Our rotatable shoulder joint also allows us to throw overhand. The ability to throw accurately and forcefully appears to have originated at least 2 million years ago, with our ancestors Homo erectus. Recent research has also shown that Neanderthals might have thrown spears to hunt at a distance. The few known examples of Neanderthal spears were long thought to be used only for thrusting and close-in killing of prey, in part because when researchers tried to throw replicas, they didn’t go far.

Recently, however, researchers put replicas into the hands of trained javelin throwers and were stunned to see the spears fly much farther and faster—more than 65 feet.

Read how evolution got us running, jumping, grasping, and playing ball at Sapiens magazine. -via Digg

"when researchers tried to throw replicas, they didn’t go far" It's always so amusing to me when they try this, it's kind of the "Mythbusters" approach to research. Ten minutes in the hands of a probably inappropriately skilled modern human couldn't replicate what someone would have spent their life honing as a skill therefore busteeeeddd.
Abusive comment hidden. (Show it anyway.)
there is actually a dog living in the rainforest that evolved to mess around with spears
Abusive comment hidden. (Show it anyway.)
Start New Comment Thread...