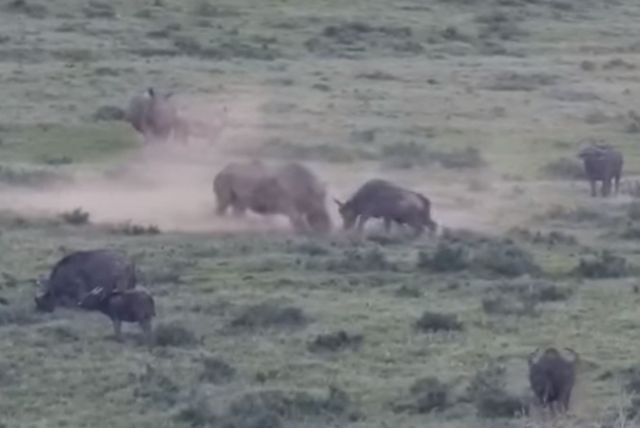 🦏 A white rhino battles a Cape buffalo in the Kariega Game Reserve in South Africa in this thrilling head-to-head battle. Who'll win? Despite being far outweighed by the rhino, the buffalo stood its ground and didn't give an inch!

🥧 This Thanksgiving, give these two unusual pies a try: the cinnamon roll pie and the Reese's Peanut Butter Pie. Yum!

📺 The Simpsons have been on the air, like, forever, so it shouldn't surprise anyone that they've found a 2,200-year-old statue that looks just like Lisa Simpson.

📚 In space, no one can hear you shush. Here's a real life job opening that'll require you to prove your geek cred: science fiction librarian.

🐶 A family in Peru got a ruff surprise when they found out that their pet dog turned out to be a fox.

⚛️ Vitruvian Genius: "Two things are infinite: the universe and human stupidity; and I'm not sure about the universe." (Love that? View more Science T-shirts)

Check out the NeatoShop for more awesome tees for Christmas!