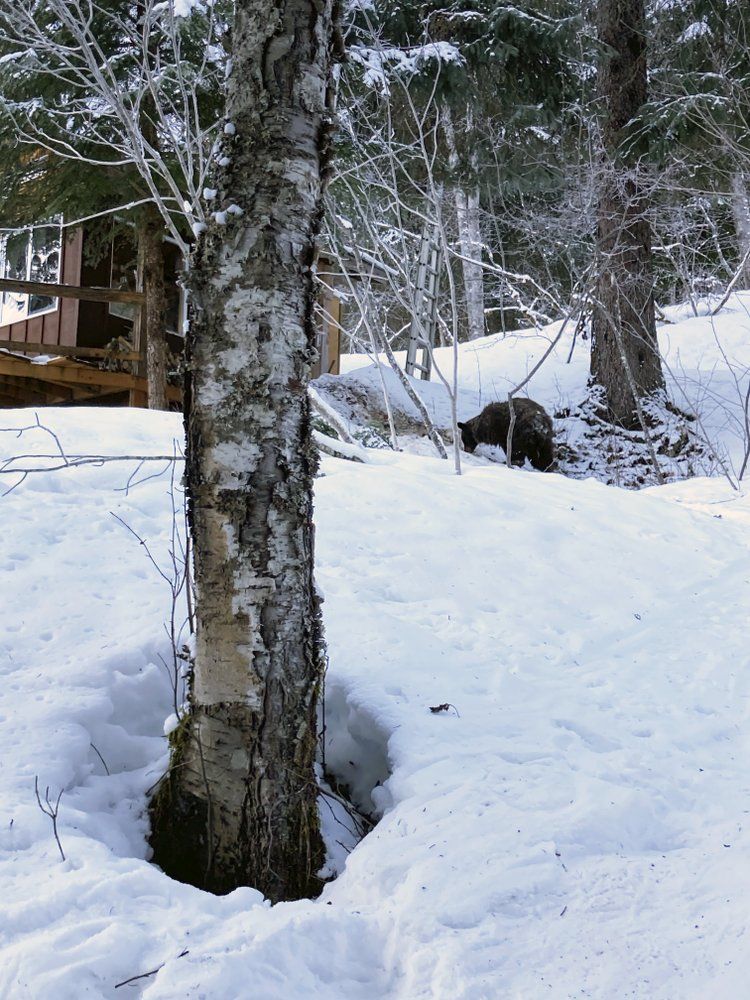 Anchorage, Alaska — We expect to be relieved when we go to the toilet, and that’s what Shannon Stevens expected as well when she went to the outhouse. But, as she sat down on the toilet, she felt something bite her butt, causing her to jump up and scream. Her brother Erik heard her scream from their yurt (which was about 150 feet away) and immediately carried with him his headlamp, and went to the outhouse.

“I opened the toilet seat and there’s just a bear face just right there at the level of the toilet seat, just looking right back up through the hole, right at me,” he said.

Once safely inside, they treated Shannon with a first aid kit. They determined it wasn’t that serious, but they would head to Haines if it worsened.

The next morning, they found bear tracks all over the property, but the bear had left the area. “You could see them across the snow, coming up to the side of the outhouse,” she said.

They figure the bear got inside the outhouse through an opening at the bottom of the back door.

Carl Koch, a biologist from the Alaska Department of Fish and Game Wildlife Management, suspects that the bear who bit Shannon might have been a black bear. He also suspects that the bear did not really bite Shannon, but rather only swatted her with a paw. Nevertheless, Koch states that Shannon’s case is unique.

“As far as getting swatted on the butt when you’re sitting down in winter, she could be the only person on Earth that this has ever happened to, for all I know,” Koch said.

Read more about this unusual story over at AP News.