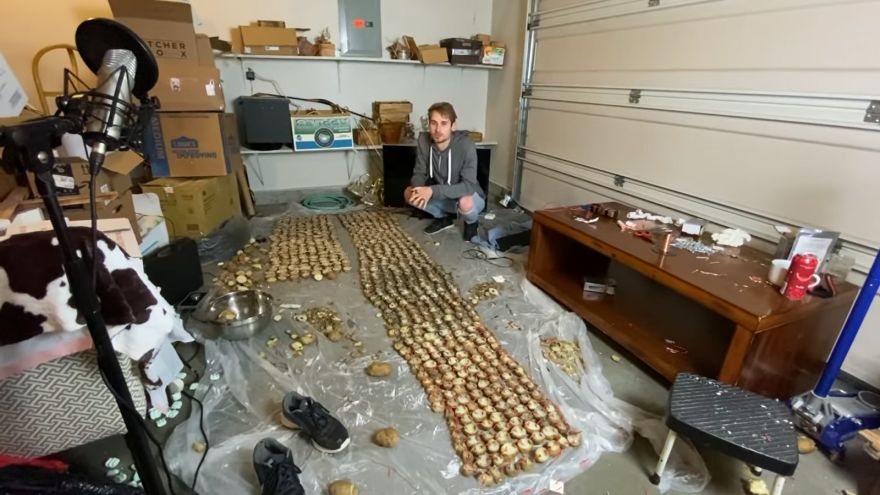 Potatoes have phosphoric acid. Insert a source of zinc and the two will react to produce a small amount of electrical current.

Very small. Will a potato run the video game Doom? No, but if you use about 700 potato pieces, YouTube user Equalo discovered, you can run Doom on a graphing calculator: 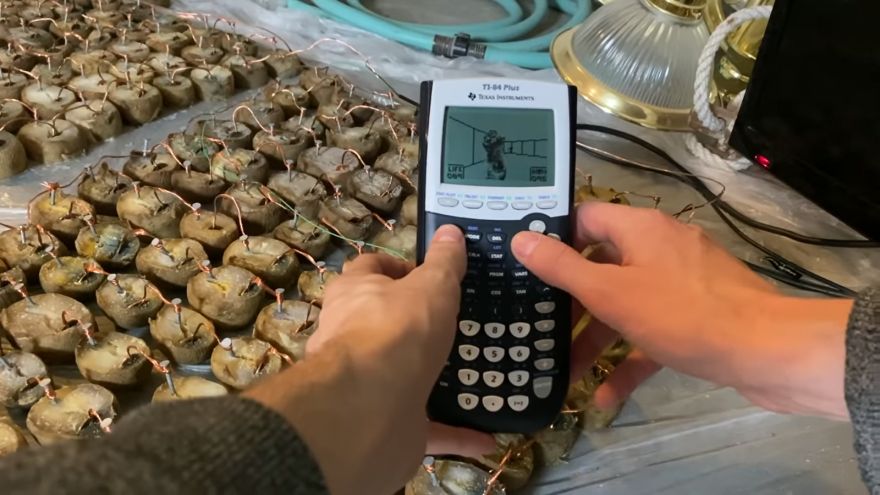 This was a long, difficult project that Equalo completed while working a full-time job. As a result, the potato pieces became moldy and stinky by the end of the six-day effort.

Impressed? That's not all. One of the best parts of this project are Equalo's lyrics about it, which you can sing to the tune of The Fresh Prince of Bel-Air:

Now, this is a story all about how

My life got flipped-turned upside down

In western America born and raised

Chillin' out maxin' relaxin' all cool

And boiling some potatoes, bought a big wire spool

When a Raspberry Pi turned out no good

And wouldn’t boot up, I tried hard as I could

I spent one little night and the potatoes smelled weird

So I gave it some thought hoping I’d find the ticket.

I kept going and said, 'I might as well stick with it'.

First pass, yo this is bad

Is this what it takes to play this game tonight?

But wait I fear I’m missing, something isn’t quite grand

Is this the type of place I just end my cool plans?

I don't think so

I'll see where it goes

I hope they're prepared for Doom on potatoes

Well, the plan panned out and affirmed my doubt

The Raspberry Pi needed amps at a higher amount

I ain't trying to get invested so deep in this idea

I could buy more potatoes, or try again next year

I sat for a minute and then it became clear

I’d use a graphing calculator and finish this here

If anyone says that’s not Doom that’d be fair

And I yelled to the potatoes 'Yo homes smell ya later'

I looked at my kingdom

I was finally there

To sit on my throne as the first potato Doom player