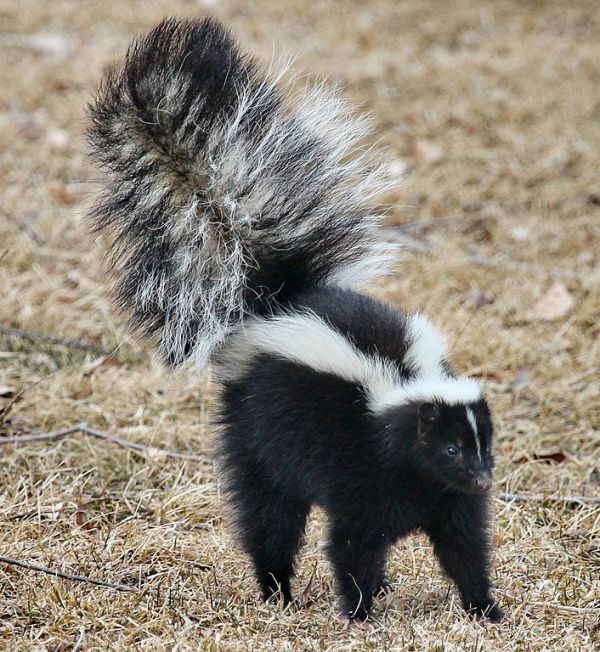 Chicago started out as a fur-trapping station, which the United States wrestled away from the Anishinaabe and Algonquin peoples in 1833. While there were other kinds of animals trapped, much of that luxurious and lucrative fur came from skunks.

Skunks are “bona fide New World animals,” writes Alyce L. Miller in her book Skunk. They were likely some of the first mammals that early European trappers encountered when they reached the Chicago River in the 17th century. They helped the city ride the fur trade to prosperity. By 1920, warm and durable skunk pelts had become the second most valuable fur export in the Americas after muskrat. Skunks still had a stinky connotation, so sellers marketed their pelts with refined names such as “Alaskan sable” and “black marten.” But following World War II, the U.S. Congress passed the Fur Products Labeling Act, requiring sellers to accurately label fur products, and skunks soon fell out of fashion.

They may have fallen out of fashion, but plenty of skunks still live and thrive in Chicago. The origin of the city's name may have even come from skunks, as explained in a brief history at Atlas Obscura.

Reply
we had a pet skunk when i was a child. they make decent pets so long as you raise them from birth
Abusive comment hidden. (Show it anyway.)
1 reply
Start New Comment Thread...